All those Imperial Snowtroopers need a place to warm up, surf the web, and write the empires next great novel. Naturally, the only place to do that is in a Starbucks. Given that, the Imperial Starbucks would be vulnerable to rebel attack it has to be mobile. 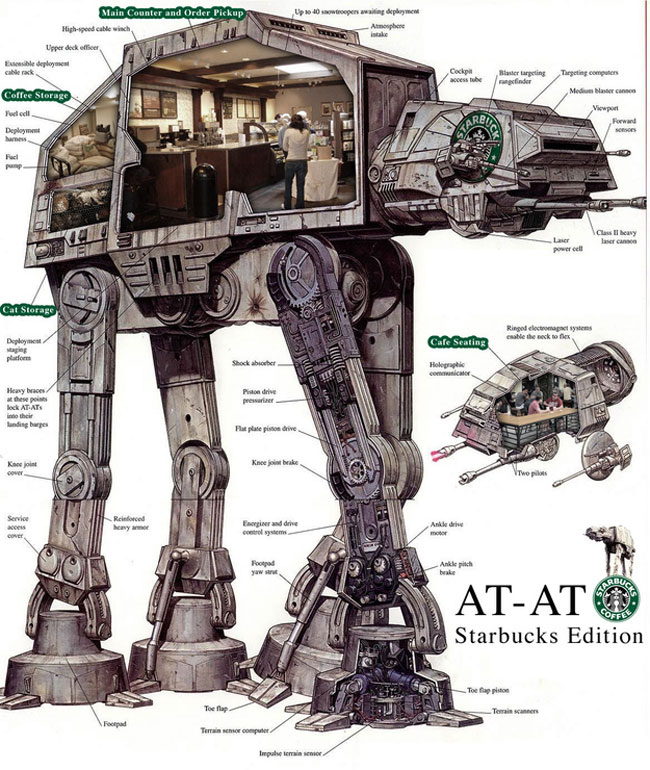 What better way for it to be mobile that placed inside an armored At-At that can walk around. The laser weapons would allow the At-At to destroy rebel swine without having to put down your overpriced mocha crapachino.

I like that the poster has all the parts of the At-At labeled out so you can see what the inside looks like. It looks like the lounging are for uber geeks with Mac is in the At-At head. I wonder what the deal with the cat storage area are.