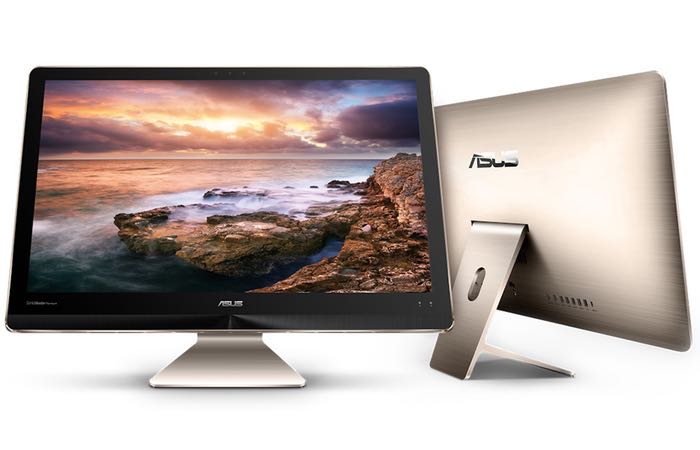 Asus this week unveiled a couple of new all-in-one computer system it has created in the form of the Zen AiO Z240IC that is equipped with a 23.8 inch display and comes complete with 3D camera technology.

Together with its smaller 21.5 inch Zen AIO Z220IC system both of which sport aluminium uni-body cases that taper to just 6 mm in thickness at its edges, with a design similar to Apple’s iMac desktop systems.

Inside the AIO computers can be equipped with a choice of processor and RAM allowing you to install up to an Intel Core i7 CPU supported by up to 32 GB of DDR4 RAM. Other features of the AIO systems include USB 3.1 second generation connectivity, offering data transfer at up to 10Gbit/s, twice as fast as USB 3.0. With Graphics being supplied as a NVIDIA GeForce GTX 960M equipped with 4GB of dedicated video memory, and storage offered in a range of solid state disk (SSD) options.

Asus has also fitted the new systems with a handy reversible Type-C USB 3.1 port together with 16-watt speakers via six drivers. Unfortunately no information on pricing or worldwide availability has been released as yet by Asus for the new AIO range, but as soon as information comes to light we will keep you updated as always.