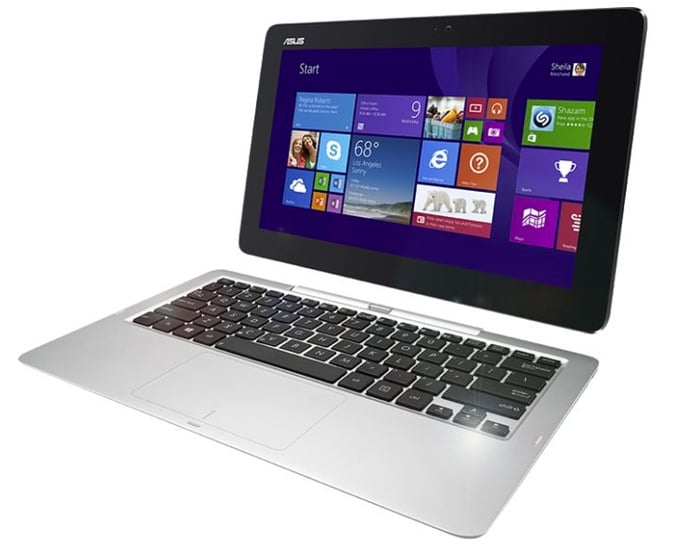 Asus has this week added a new addition to their range of Transformer Book tablets in the US, in the form of the newly launched Asus Transformer Book T200 which is now available to purchase in the US starting from $400.

Asus unveil their new Transformer Book T200 back in June of this year and have equipped the $400 tablet with an Intel Atom Z3775 quad-core processor supported by 2GB of RAM together with 32GB of internal storage.

All running Microsoft’s latest Windows 8.1 operating system in its 32-bit version, together with pre-installed versions of Microsoft’s Home Office and Student 2013 works suite, with wireless 802.11a/b/g/n Bluetooth 4.0, and GPS connectivity.

If you have a slightly higher budget you can opt for a more powerful version for $500 which includes a faster Atom Z7395 quad-core processor supported by 4GB of RAM together with 64GB of solid state disk (SSD) internal storage and a 64-bit version of Microsoft’s Windows 8.1 operating system.

Both Transformer Book Tablet systems are equipped with an 11.6 inch touchscreen display offering users a resolution of 1366 x 768 pixels, with other features included being a 1.2 megapixel front facing camera for video calling, together with a 5 megapixel rear facing for video and photographs.

For more information on the new Transformer Book T200 jump over to the official Asus website for details.