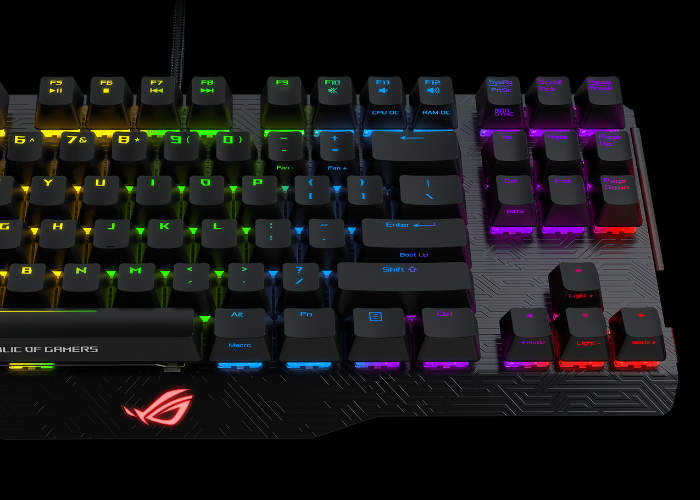 ASUS has this week officially announce the arrival of the new ASUS ROG Claymore Series Keyboards which are constructed from aluminium and finished with an intricate Mayan inspired etching all over the keyboard casing.

The ASUS ROG Claymore has been created to provide the world’s very first RGB LED-backlit mechanical keyboard which is equipped with a detachable number pad providing are unique flexibility when compared to others and can be used as a 80% TKL keyboard. 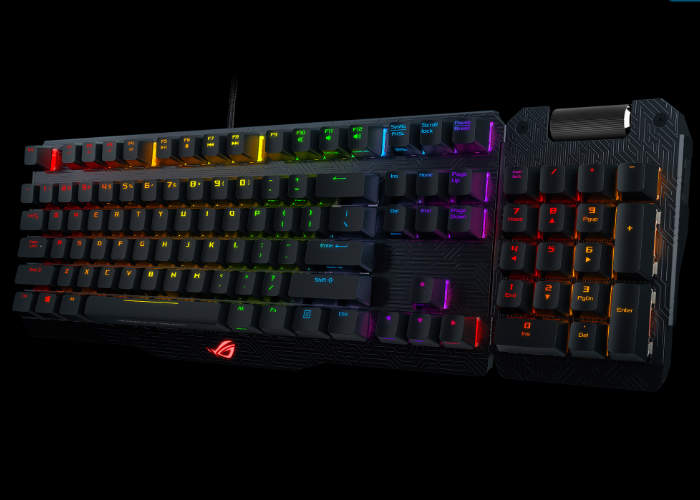 The ROG Claymore has already won a number of awards during 2016 and is equipped with Aura Sync technology and individually customisable backlit keys. together with cooling fan speed hotkeys paired with an ASUS motherboard. ASUS explains a little more :

Beyond the looks and exceptional quality there are advanced features for gaming and hardware enthusiasts. The synergy of the ROG ecosystem lies in both the RGB lighting and also in operation, you now have supreme command over your PC like never before. You can instantly start your PC, jump straight into BIOS, clear the CMOS, overclock, control the fan speed and more without even reaching for the PC chassis.

Unfortunately no information on pricing or worldwide availability has been released as yet by ASUS, but as soon as information comes to light we will keep you updated as always.