The Asus PadFone X was announced at CES back in January, and now it would appear that the device could possibly launch in the US shortly.

The Asus PadFone X has now passed through the FCC, the device is expected to launch in the US with mobile carrier AT&T. 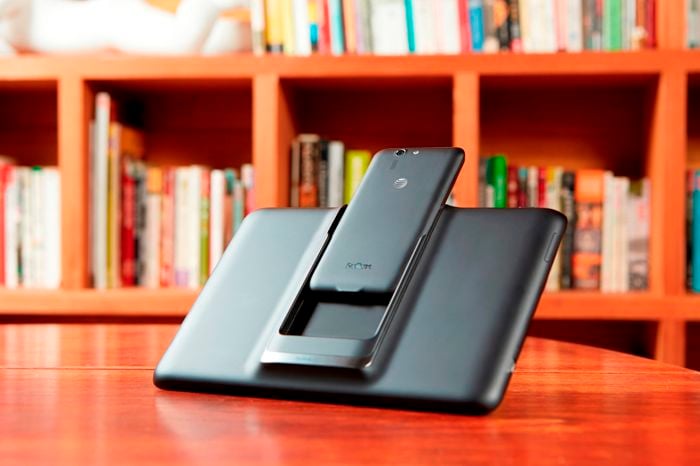 The Padfone X is two devices in one, a smartphone and a tablet, and the smartphone features a 5 inch full HD display with a resolution of 1920 x 1080 pixels.

The tablet part of the Asus Padfone X, comes with a 9 inch full high definition display with a resolution of 1920 x 1200 pixels, and the smartphone is powered by a quad core 2.3GHz Snapdragon 800 processor and comes with 2GB of RAM.

The device will come with the latest version of Google’s mobile OS, Android 4.4 KitKat, and it also comes with 4G LTE.

As yet we do not have a specific launch date for the Asus PadFone X in the US, although we suspect we may get some more details from Asus and AT&T on when it will be available soon.