Asus has this week unveiled a new edition to the range of Asus Padfone devices with the launch of the new Asus Padfone Infinity Lite. Which is equipped with a 5 inch screen and has been designed to slide into a larger 10 inch tablet dock to transform the phone into tablet.

Once the new Asus Padfone Infinity Lite smartphone has been docked with its larger tablet display users can then enjoy a larger 10 inch screen powered by the smartphones 1.7 GHz Snapdragon 600 processor. 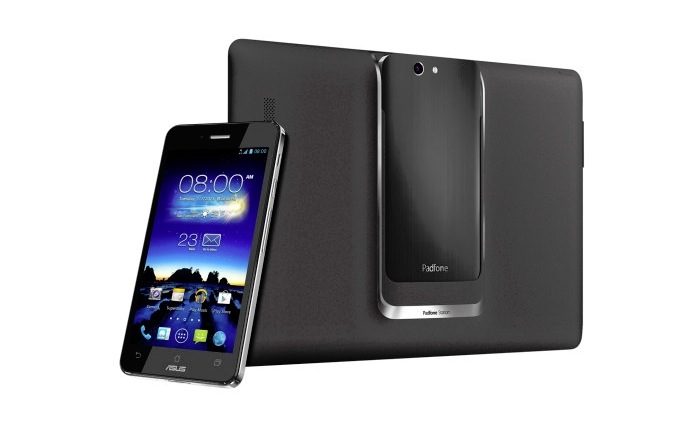 Asus have also equipped their Infinity Lite smartphone with a 2400 mAh battery and a further 5000 mAh battery available in the larger 10 inch screen module.

Asus is currently selling the new Asus Padfone Infinity Lite in Taiwan for around $700 but at the current time hasn’t announced any worldwide release dates at the present time.