Asus has announced a few new tablets today but the ASUS Eee Pad MeMO tablet is a little more pocket-able than most and comes complete with its own stylus.

It powered by a dual-core Qualcomm Snapdragon processor and runs Google’s tablet-optimised Android 3.0 Honeycomb mobile OS its display is a 7.1 inch capacitive touch-screen and its also equipped with a HDMI port allowing you to connect the tablet to large screens to view media. 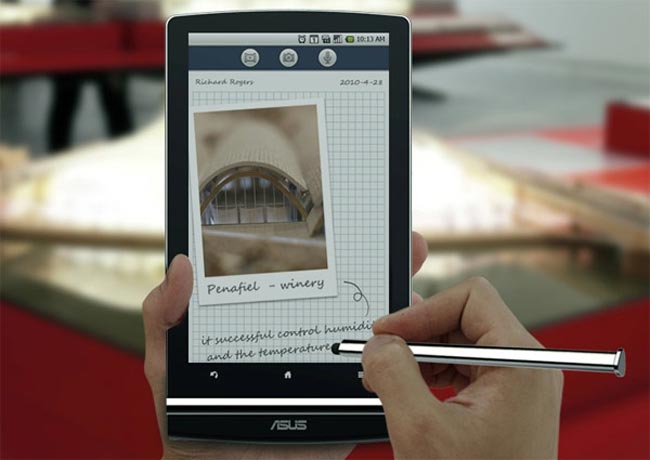 The ASUS Eee Pad MeMO tablet will also come with Media Note combining a notes app and Painter, a painting app where the included capacitive stylus could really come into its own.

The Eee Pad MeMO is expected to retail between $499 and $699 and should be shipping sometime around June 2011. But as ever we will keep you posted as more details become available over the coming months. Have a look and our article on Android vs iPhone to see which smartphone and mobile platform is best for you.