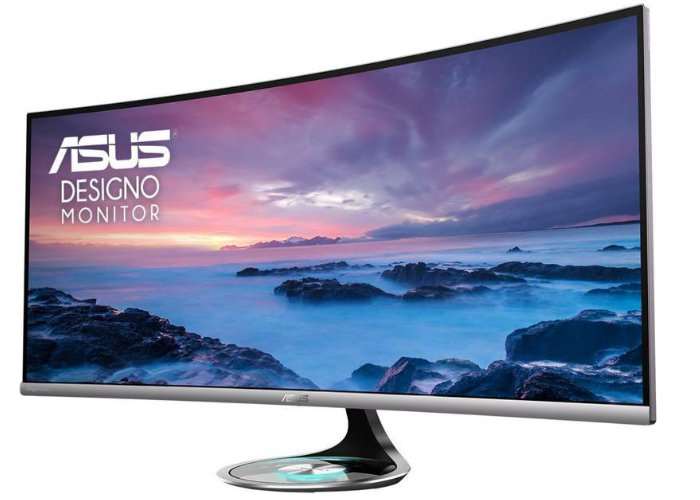 ASUS has announced the imminent availability of two new curved widescreen monitors in the form of the Designo Curve MX38VC and MX32VQ which will be available priced at €1600 and €550 respectively.

The monitors have won IFA 2017 product design awards for their sundial-inspired aesthetic on the Qi charger stand and edge-to-edge frameless panels.

ASUS is boasting of its SonicMaster technology on this monitor, technology which was co-developed with Harman Kardon. Display inputs on this monitor include 2x HDMI, 1x USB Type-C, and 1x PC audio input port. The MX38VC can sync with a user’s smartphone or tablet via Bluetooth to play music wirelessly as well. The Qi-charger base also doubles as moody ambient lighting; the Halo Lighting base can synchronize with the audio output on the monitor’s speakers.