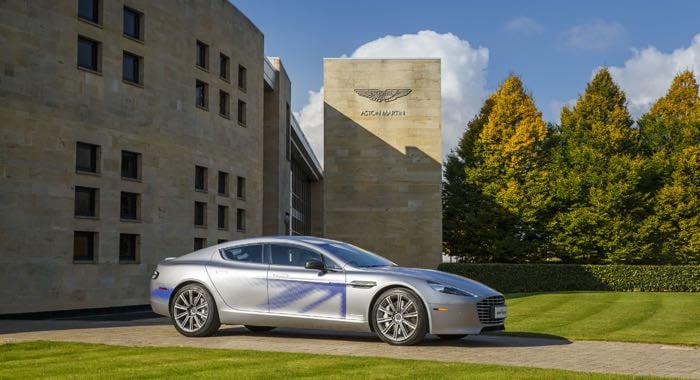 The Aston Martin RapidE concept EV was revealed back in October and now the car company has announced a partnership with Faraday Future and China’s LeEco to develop a production version of the car.

The original concept car was designed to have around 550 horsepower and the company developed the prototype with Williams.

Leading global technology company LeEco and luxury sports car brand Aston Martin today signed a Memorandum of Understanding (MOU) towards the creation of a partnership that will develop a production version of the Aston Martin RapidE electric vehicle concept.  It is anticipated that the partnership will see the two companies working together in developing and manufacturing RapidE, with potential for adding a range of next-generation connected electric vehicles on behalf of Aston Martin, LeEco and Faraday Future.

This new signing extends the existing collaboration between the two companies.  In January 2016, LeEco and Aston Martin revealed the first results of their partnership – an Aston Martin Rapide S incorporating the latest Letv Internet of the Vehicle (IOV) system. The second area of the partnership – the development of low-emission vehicle technologies – has been accelerated as they have developed their respective plans for launching a range of new electric vehicles during the second half of the decade.

It will be interesting to see what this new partnership brings, the companies are looking to bring the car to market by 2018.