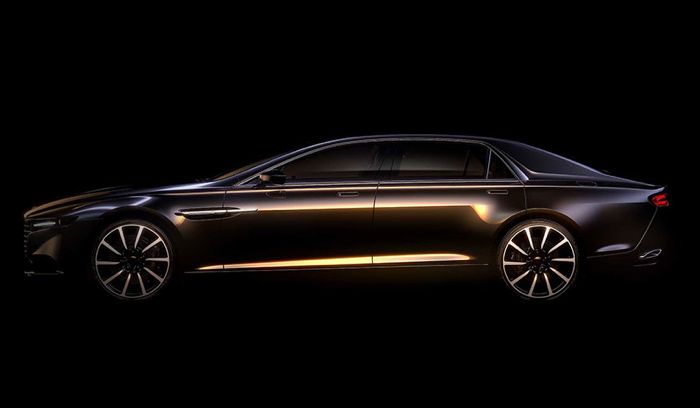 There have been rumors for a while that Aston Martin is working on a new super saloon to join its range of sports cars, and the company has now confirmed the existence of the new Aston Martin Lagonda.

The original Aston martin Lagonda was a luxury four door saloon car that the company launched back in 1974, the last car was produced in 1990, and now the company will be reviving the brand for this new super saloon.

Aston Martin have yet to reveal any any specifications on their new Lagonda super saloon, although the company have said that production of the vehicle will be limited and it will be available exclusively in the Middle East. The car will be available on an invitation only basis, which could make it one of the most exclusive saloon cars in the world.

“The new model, like its exclusive siblings the One-77 and V12 Zagato, has been created as a piece of exceptional automotive art. It has been designed and developed entirely in keeping with the spirit and ethos of previous Lagonda super saloons – notably the William Towns Lagonda – and as a tribute to this car it proudly bears the Lagonda nameplate.”

You can find out more details about the new Aston Martin Lagonda over at the link below, as yet there are no details on pricing, although we suspect this could end up being one of the most expensive saloon cars when it launches.