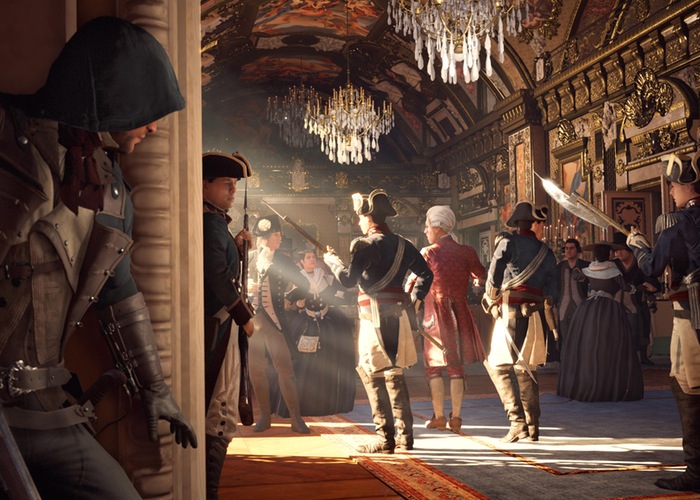 Gamers looking forward to the launch of Assassins Creed Unity, the new multiplay game and the successor to the popular pirate based 2013 Black Flag Assassins Creed game in the series.

Are sure to enjoy this new Assassins Creed Unity, Paris Horizon trailer, released this week whetting your appetite before the games launch later this year in late October.

The latest Assassins Creed Unity is currently under development by Ubisoft Montreal and is in the final stages of development being prepared for launch by Ubisoft on October 28th, 2014 and will be available on the PC, PlayStation 4 and Xbox One consoles.

Assassins Creed Unity includes a new combat system that is based on fencing and allows up to four players explore and engage in narrative-driven missions. Ubisoft explains :

“Players can enter taverns, which act as social hubs in the game, where you can see if any friends are playing Unity. If they are currently in a mission, they will appear as a “ghost” version of their player, allowing you to approach it to request to join their mission.

If accepted, you are transitioned to their game and both of you reset to the most recent checkpoint, and continue on from there. Up to four players can join together in this fashion.

In your own game, you’ll always be Arno – the other players will look like other random members of your brotherhood. Many missions and activities are available for cooperative play, but there are some story missions that are set aside to be single player only.”