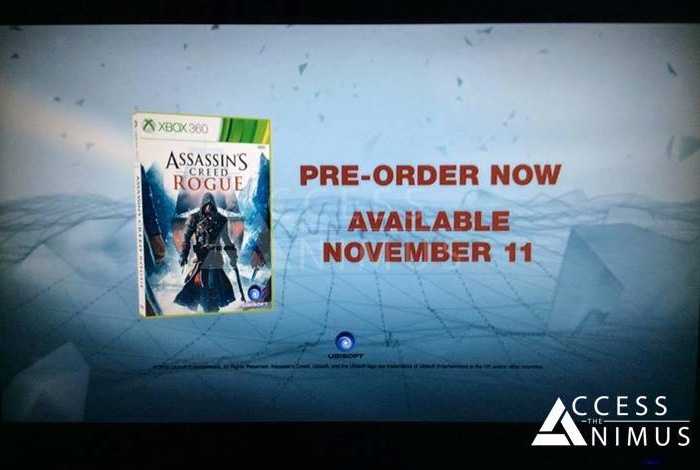 The Assassin’s Creed Rogue released date may have been inadvertently revealed a little earlier than Ubisoft would have liked this week, when a trailer for the new upcoming game was published online by mistake.

Apparently the Assassin’s Creed Rogue trailer was mistakenly published and then removed, but not before screenshots were taken of a possible release date for the new Rogue game in the series.

As you can see in the screenshot above the Assassin’s Creed Rogue release date seems to be November 11th, 2014. On which the game will be launched on to the next-generation PlayStation 4 and Xbox One consoles. Ubisoft has also confirmed that older generation consoles in the form of the PS3 and Xbox 360 will also be receiving a version of the game at a later date.

The new Rogue game is also expected to include DLC add-ons with further customisation options. With the Rogue Ultimate Hunter Pack, for example, offering new weapons, ship sails and a ship wheel, together with a mission involving the Siege of Fort de Sable.

As more information is confirmed or leaked regards the new upcoming and highly anticipated Assassin’s Creed Rogue game will keep you updated as always.