Ubisoft have released a new teaser trailer for their highly anticipated up and coming new Assassin’s Creed Revelations explaining that the full trailer will be unveiled at their E3 press conference in June 2011.

The next instalment in the Assassin’s Creed saga Assassin’s Creed: Revelations is to be released November 2011, and will be the final chapter of Ezio’s story says Ubisoft. Watch the teaser trailer after the break for a sample of what’s instore. 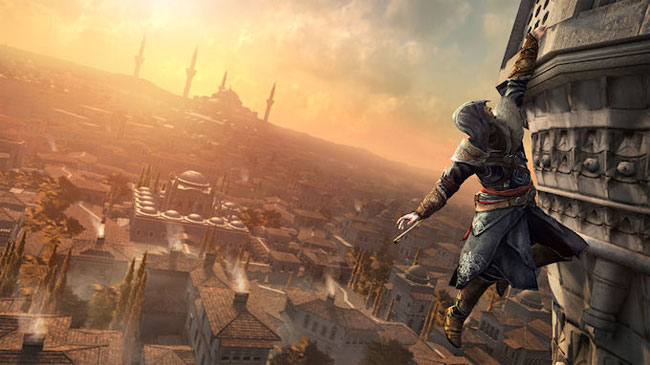 The new game will include three playable characters : Altaïr, Ezio and Desmond.

“Assassin’s Creed Revelations follows master assassin Ezio Auditore as he walks in the footsteps of his legendary mentor, Altaïr, on a journey to recover five ancient seals that hold the keys to the future of the Assassins brotherhood,”

The new Assassin’s Creed Revelations game will be launched on PC, PlayStation 3 and Xbox 360.