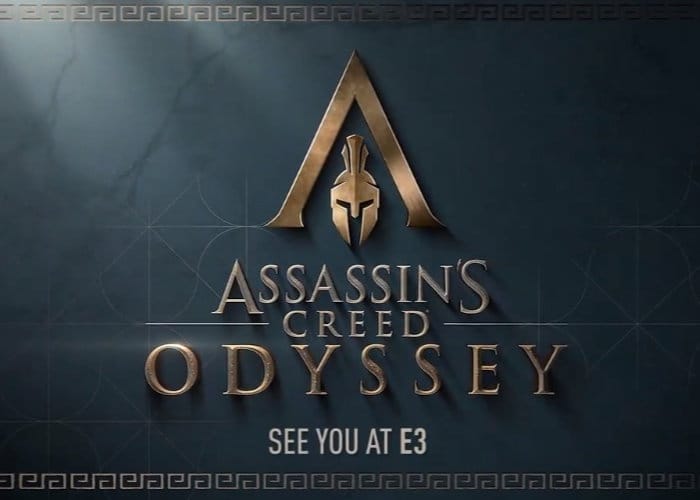 Ubisoft have today revealed the next game in the Assassin’s Creed franchise, officially announcing Assassin’s Creed Odyssey with a quick clip published via the official Ubisoft Twitter account. Check out the five second clip below which sees a spartan looking warrior kick an enemy of the edge of a cliff before fading to the logo pictured above.

The news has been released by Ubisoft just hours after a leaked image of a keychain accessory revealed the name of the next Assassin’s Creed video game in the series. But as you might expect very few details have been revealed this close to the upcoming E3 2018 games event which will take place later this week.

Expect plenty more information to be made available by Ubisoft during E3 and hopefully a full-length trailer to whet our appetite for the new game which is expected to take place with ancient Greece. Using Ancient Greece as a setting allows Ubisoft to explore a wealth of mythology and heroic tales from the era. Rumours have been circulating that the Assassin’s Creed Odyssey game will be available during 2019 and will include even more RPG-style elements than the last game, Assassin’s Creed: Origins. As soon as more information is made available we will keep you up-to-date as always.

See you at E3! pic.twitter.com/03NTPhCkCf