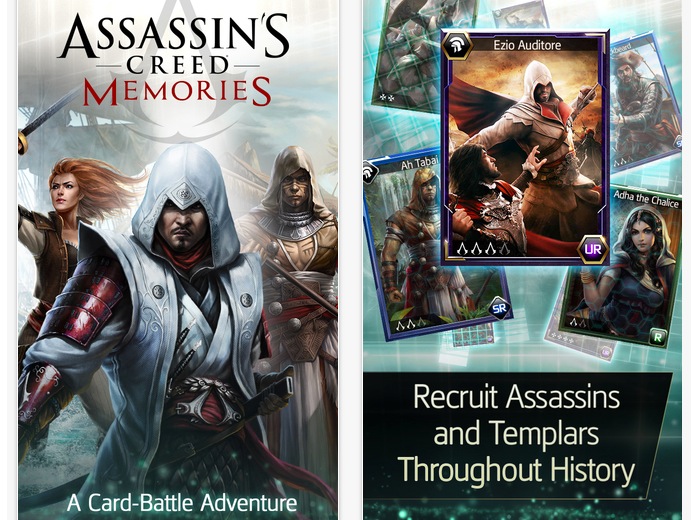 The Assassin’s Creed Memories iOS game is 77.5MB in size and supports both single player games as well as 20 vs 20 guild battles via online multiplayer gameplay. Watch the video after the jump to learn more about the Assassins Creed Memories gameplay and see it in action in a 50 minute gameplay trailer.

An Internet connection is required to play Assassins Creed Memories and its is now available to download from the Apple iTunes App store for free. However “purchase of in-game currency can accelerate gameplay, but all players can play the entire game for free.” explains Ubisoft but this option can also be turned off if desired.

Assassins Creed Memories is also equipped with social features such as message boards and chat allowing players to communicate with each other.

“Don your cloak and ready your hidden blades! Assassin’s Creed Memories is a multi-faceted experience blending card battle, RPG, and strategy gameplay. Chase down your targets throughout history and assert your dominance over rival guilds. Equip your character with the most powerful gear and recruit history’s deadliest Assassins and Templars to be your allies!”