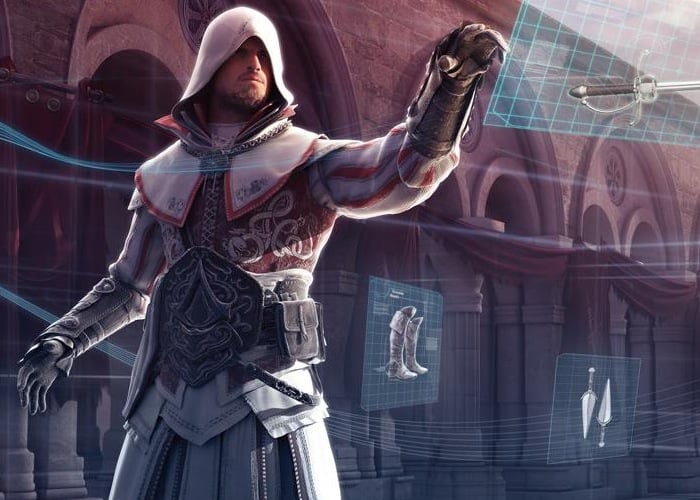 iPad and iPhone owners that are looking for a new RPG game to while away a few hours might be interested in the new Assassins Creed Identity mobile game that is now available to play on Apple iOS mobile devices.

The Assassins Creed Identity game lets you create, develop and customise your own Assassins to suit your gameplay style and preferences, as you enjoy playing the game which is set during the Italian Renaissance.

– Become an assassin and experience the freedom of movement for which the Assassin’s Creed franchise is so famous – for the 1st time ever on your phone or tablet! Controls support simple tap-to-move and dual virtual stick controls.
– Short and varied game sessions designed to be played on the go.
– Randomly generated missions, created around 16 different mission types, allow for a virtually unlimited lifespan and ensure you never have to play the same missions twice.
– Unravel the mysteries of Assassin’s Creed Identity as you play story missions in the Coliseum, Florence and other famous locations of the Italian Renaissance.
– Unlock new locations and items by playing through the game.
– Learn the history of monuments, characters or events that you come across by reading the extensive Codex.
– Choose between 3 unique classes, each with their own strengths and weaknesses, and find the one that fits your play style best. Experiment and play in open sandbox levels.
– Customize your own Assassins by using your loot and choosing from unique outfits and color variations.
– Use the decryption system to create the best among tens of thousands of items.
– Hire friends and other players as Assassins to help you complete your objectives. Call them at any time during mission to get them to come to your help.
– Train, develop and equip 2 different Assassins.

Assassin’s Creed Identity on iOS is free to play, but there are also options to pay real money for some in game items.