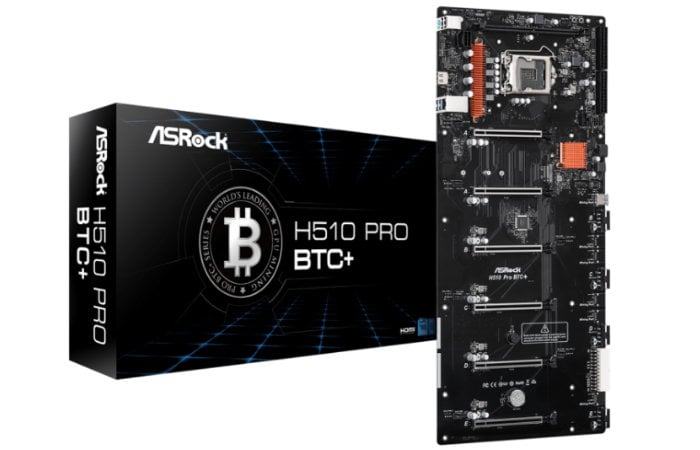 The ASRock H510 Pro BTC+ crypto currency mining motherboard is now available to purchase priced at $280 and includes six PCIe slots for your selected graphics cards via the PCIe 3.0 x16 expansion slots. The first PCIe slot is capable of running at x16 speeds while the other five PCIe slots are throttled at x1 speeds, enabling the motherboard to except 6 plus 1 graphics card with the 6 PCIe slots and the USB mining port.