TokyoFlash is showcasing a new concept watch design called the Artifact which has been submitted too their website in the hope of gaining enough votes to help it make the jump from concept to productions. The very unique Artifact watch design has been submitted by Peter from the UK and consists of a LED watch face split into two triangular shaped screens, and at first glance looks like a pair of goggles. 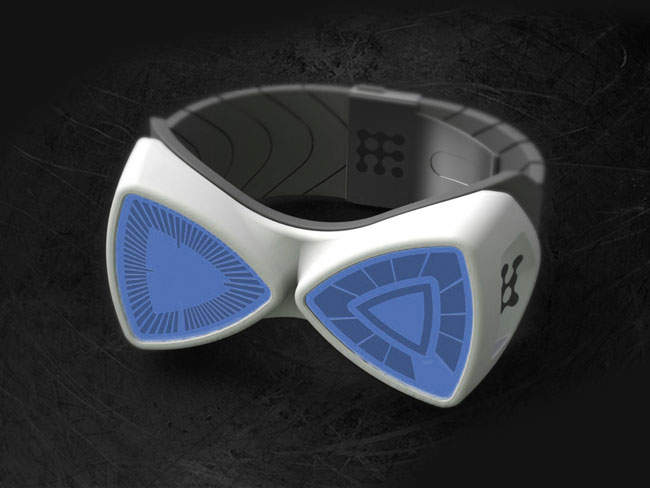 The time is displayed on the device in a digital analogue format with a pm/am indicator situated in the centre. Even though at first look the design seem complicated, once you know how to read the time, a quick glance is all that needed. The concept watch designer explains a little behind the inspiration for his Artifact watch design:

“Its believe this is a relic of a lost advanced civilisation destroyed by its own creations. The science and tech division have discovered that one of its basic functions can be used to tell the time.

In a strive to understand the “Artifact” better its has been suggested that Human test subjects where the device on a daily basis to see if the object enhances their lifestyle in anyway. The chosen subjects are deemed style conscious types with a taste for alien tech. People who want easily understood devices that communicate the time in a simple formats but look futuristic.”