Anyone looking for a new modular docking stand for their tablet or smartphone device might be interested in a new stylish design Arq dock which has been created by B&A Studio based in Houston Texas in the US.

The Arq aluminium nesting modular dock has been designed to accept a number of different devices including iPhone 5S, 5C, 5, iPad, iPad mini, as well as Samsung, Sony, and HTC smartphones. All of which can also be docked whilst in their protective casings of your choice. To learn more about the new Arq smartphone and tablet dock watch the promotional video after the jump. 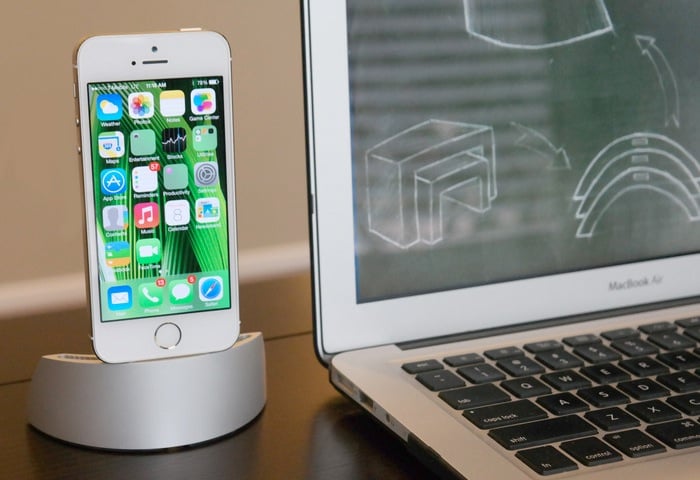 The Arq has been designed to accept a number of different charging cables which can be easily swapped out and positioned at different heights depending on your requirements and protective case in use on your smartphone or tablet. Arq Will also accommodate battery packs and cases with rear protective flaps. 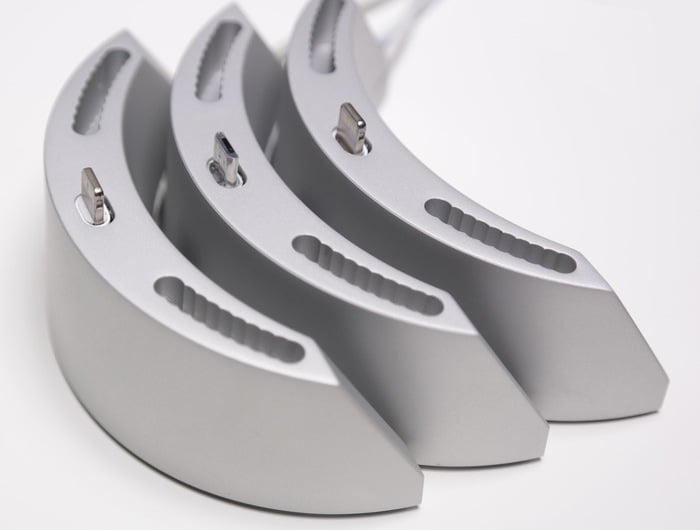 The curve design of the Arq dock also allows them to be positioned closely behind each other when desk space might be at a premium. 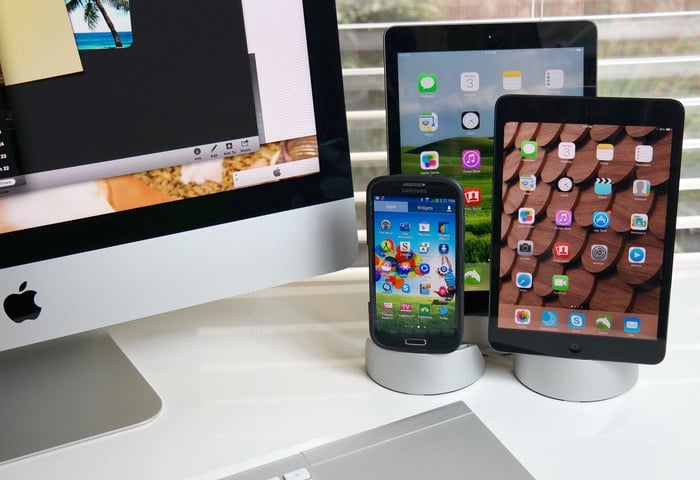 The Arq modular nesting dock project is currently over on the Kickstarter crowd funding website looking to raise enough pledges to make the jump from concept to production. So if you think the Arq dock is something you could benefit from, visit the Kickstarter website now to make a pledge and help Arq become a reality.