Anyone in the market for a versatile smartphone docking station might be interested in a new pocket sized design which has been created by Tyler Munyon and GoLabs based in San Francisco California in the form of the goDock smartphone dock.

The goDock has been designed to provide users with a mobile docking station that also keeps all your smartphone accessories easily accessible and keeps your headphones and charging cable untangled. Watch the video after the jump to learn more about the pocket sized goDock station. 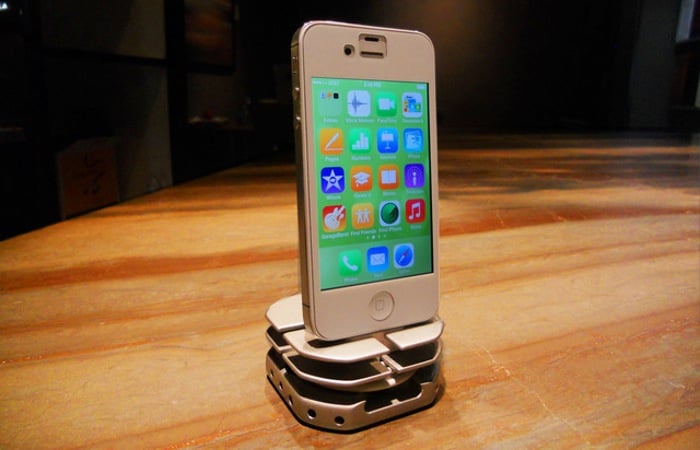 “Our busy lifestyles keep us moving and it is likely that at some point you have found yourself without your headphones when you want to listen to some tunes, or without your power adapter and USB cable when you run out of battery, which is exactly when you need them most.

Being hands-free at all times is also important, we aimed to create something that would be there for you regardless of where you are. goDock- the mobile docking station that keeps all of your accessories together

Our frustration that eventually led to the creation of this dock stemmed from years of having to deal with misplacing our charging adapter, tangled cables, and not having either of these with us when we needed them. We were also surprised by the lack of usefulness of other docks, especially because they are too bulky to take anywhere and only serve one purpose.”

The goDock project is currently over on the Kickstarter crowd funding website looking to raise enough pledges to make the jump from concept to production.

So if you think goDock is something you could benefit from, visit the Kickstarter website now to make a pledge and help goDock become a reality.