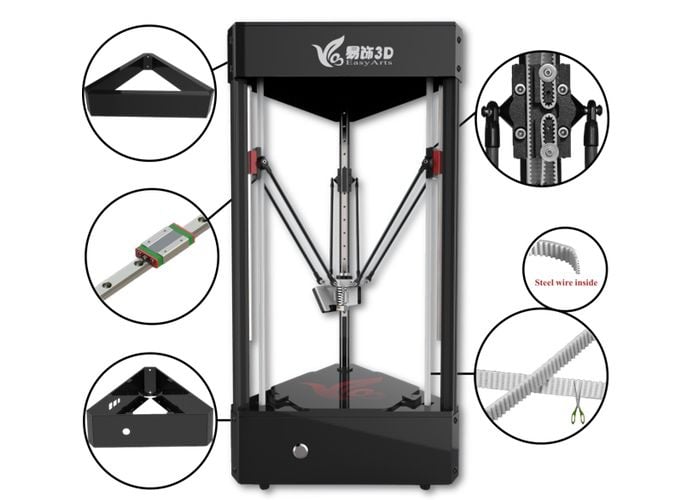 A new open source 3D printer called the Ares has launched this week over on the Indiegogo crowdfunding website with the aim of raising $8000 to make the jump into production.

In the first five days the project has already raised over $25,000 thanks to 64 backers and will now definitely make the jump into production providing a low-cost open source 3D printer, 3D scanner and CNC laser engraving system to the masses.

After nearly a year of research and development, EasyArts (making arts easy for you) is now releasing its first launch of All-in-one 3D printer — Ares, in the name of the Greek god of war. It is a luxury version at civilian price. We hope that this affordable printer can meet most of your daily requirements in terms of creation and innovation. Ares is especially suitable for fans, enterprise, homes, educational institutions or any other interested in 3D printer.

Right now, there are so many 3D printers on the market that it is really hard for users to make a decision. So the main problem is which one is more suitable, for instance, most cost-effective or easiest to use? We (EasyArts team) were ever faced with the same dilemma. That is why we decided to develop a new printer integrated with multi-functional modules, as well as stable structure, friendly interface, easy operation and affordable price. We believe that 3D printers should be common items just like household laser printers, rather than high-tech products far from folks.

Our design is based on open-source, both in terms of software and firmware. It is our full use of the creativity from all over the world that saves the time and cost during the development.

For more information on the new Ares 3D printing system jump over to the Indiegogo website for details and to make a pledge from $429.