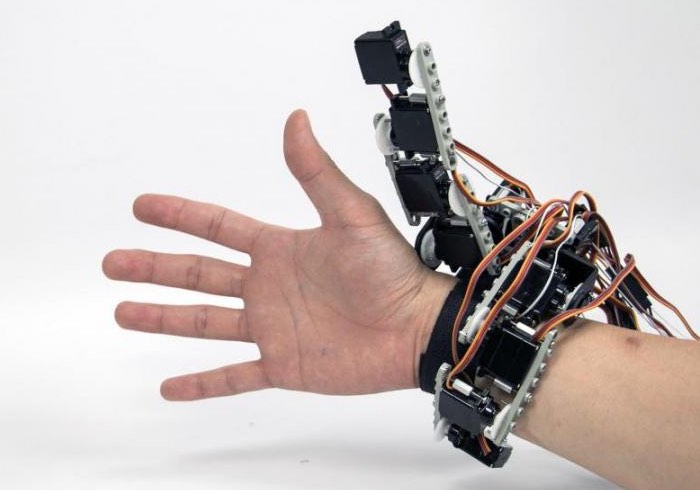 An inspiring Arduino projects created by Sang-won Leigh has been unveiled that takes the form of an Arduino wearable devices that adds an extra robotic hand to your wrist that can be utilised in a number of different ways.

The Arduino project has been constructed using parts of LEGO together with a handful of servers which have all been connected to an Arduino development board which provides the micro controller to be able to receive data from the sensors and then control the servos.

Check out the video below to learn more about the movements capable of being created by the Arduino wearable robotic hand, its creator explains a little more about its inspiration.

We envision a machine-driven evolution of human body form and function, where the programmable nature of machines plays a crucial role. Robotic joints worn on the wrist turn into extra fingers, so that a person acquires skills beyond what five fingers can offer, or performs “tri-manual” tasks with the machine joints.