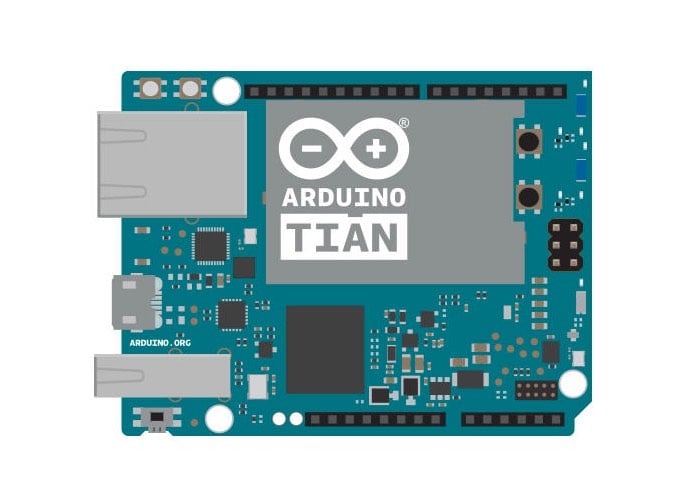 Arduino enthusiasts that are looking for a new board that supports the Arduino platform may be interested in the Arduino Tian which was unveiled towards the end of last year and will soon be available to purchase.

The Arduino Tian is powered by an Atmel’s SAMD21 MCU that is equipped with a 32-bit ARM Cortex M0 core and a Qualcomm Atheros AR9342 offering an integrated MIPS processor operating at up to 560MHz.

The Tian Arduino board also provides support for IEEE802.11n 2×2 2.4/5 GHz via a dual-band WiFi module and includes 4GB eMMC memory as well as supporting the Linux distribution, based on OpenWRT named Linino. The Tian can also supports Arduino Studio, the open-source development environment that can be used on Linux, Windows, and Mac systems.

The Arduino website has a number of great tutorials to get you up and running with the new Arduino Tian development board which can be found by following the links below :