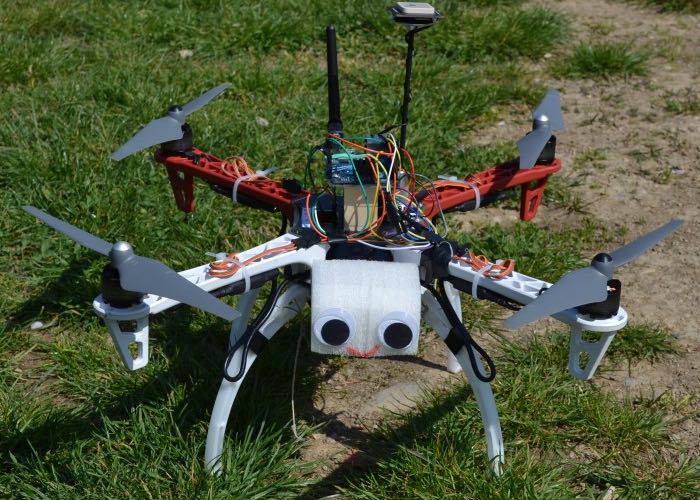 Maker, developers and hobbyists that enjoy constructing projects using the Arduino platform may be interested in an Arduino quadcopter called Comelicottero, that has been constructed using a Arduino Yun development board.

Communication to fly the Arduino quadcopter relies on wireless communication and to provide the best results, the Bridge library was replaced with an efficient python script on OpenWRT-Yun. 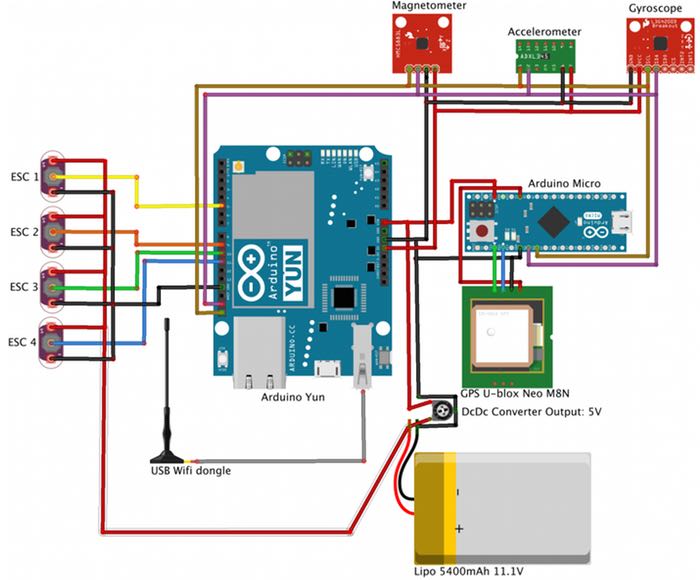 Watch the video below to learn more about the quadcopter that was created by Simone Castellani a Master in Computer Science at the Universita’ degli Studi of Milan, Italy.

“The idea was to build a drone able to be controlled through WiFi from any PC, tablet or smartphone . Comelicottero is equipped with an accelerometer and a gyroscope for the stability obtained by a PID-based control system. Since Servo library is too slow for the quadcopter dynamics, an hardware PWM was implemented to obtain a 400Hz PWM signal.”

Jump over to the Adafruit blog via the link below for more information and instructions.