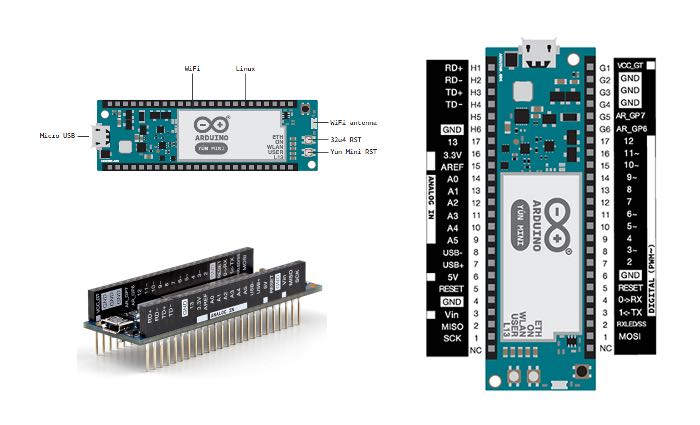 Arduino the makes of the popular development boards has this month launched a new miniature version of its Arduino Yun board in the form of the aptly named Arduino Yun Mini.

Arduino Yun Mini is a breadboard PCB equipped with an ATmega 32u4 MCU and QCA MIPS 24K SoC CPU operating up to 400 MHz.

The Arduino Yun Mini wireless development board is similar to the Arduino Leonardo board as the ATmega32u4 is equipped with built-in USB communications. That eliminats the requirement for a secondary processor. Allowing the tiny Arduino Yun Mini board to appear to a connected computer as a mouse and keyboard, in addition to a virtual (CDC) serial / COM port.  Arduino explains more :

“The Qualcomm Atheros CPU supports a Linux distribution based on OpenWRT named Linino and as its larger version offers built- in wireless connectivity. The Yun Mini provides ( IEEE 802.11b/g/n operations up to 150Mbps 1×1 2.4 GHz ) supports 20 digital input/output pins (of which 7 can be used as PWM outputs and 12 as analog inputs), a 16 MHz crystal oscillator, a micro USB connector, an ICSP header, two reset buttons and one user button.”