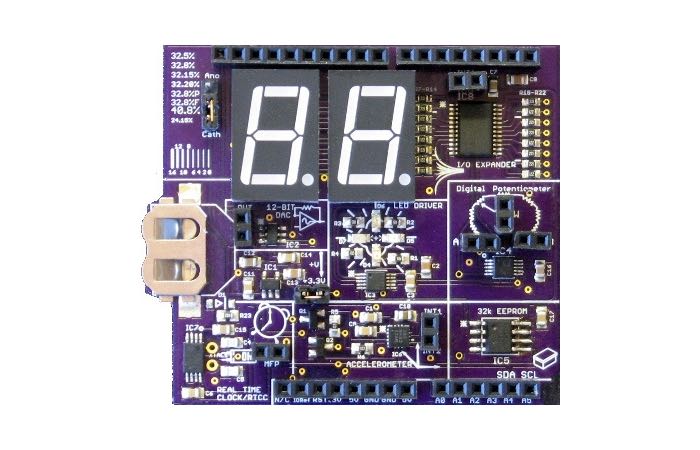 Makers, hobbyists and developers that enjoy building projects using the Arduino platform might be interested in a new Arduino micro-controller expansion board called the Spectrum I2C.

Watch the video below to learn more about the Spectrum I2C from its creator Frank Fox :

“Welcome to our latest JouleTime project, the Spectrum I2C expansion board for use with microcontrollers and computers like the Arduino, ATmega, PIC, Raspberry Pi, etc. We are very excited about this new product. The Spectrum I2C highlights many of the capabilities of I2C devices. We have the following devices on board:

“Hardware is only part of our development efforts. Integration was a second element in the selection process. We included components that operate both at 5V and at 3.3V. This requires not only a second voltage, but also level conversion for the I2C communication signals.”

Visit the Kickstarter website for more specifications and to make a pledge from $65. Raspberry Pi enthusiasts may also be interested in our essential guide to Raspberry Pi displays and HATS.