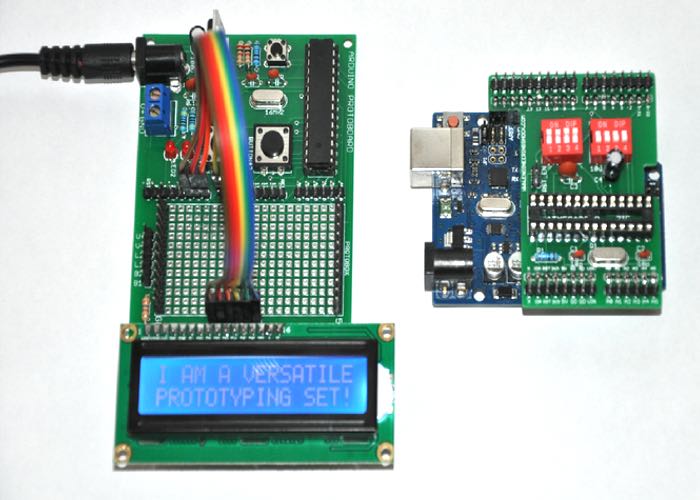 Anyone who enjoys building electronic projects using the Arduino prototyping and would like to program their own Atmega328-PU chips. May be interested in a new Arduino prototyping kit and bootloader shield that has been created by serial Kickstarter entrepreneur Patrick Thomas Mitchell, who we have featured before here on Geeky Gadgets.

Watch the video below to learn more about the kit and its functions. Mitchell explains :

“Purchasing chips without the bootloader burned in always costs more, and if you need several chips, or many chips with the Arduino bootloader, then this little guy will not only save you money, but time as well.

When I was designing the bootloader shield, I thought that it would be a good idea to have a fun and educational board that would allow for you to easily prototype your own circuits.  A board that would compliment the bootloader shield.  It turned out that this Protoboard holds even more potential!  I plan on making many videos with full explanations and hook up instructions.

This will be done so that you get the most bang for your buck! Code samples, schematics, and videos will all be offered! Whether you are new to Arduino, or are a seasoned pro.  You will find this board useful!  I will make videos and share them as this campaign progresses.”

For more information on the new Arduino Prototyping Set and Bootloader Shield jump over to the Kickstarter website for details and to make a pledge from $18.