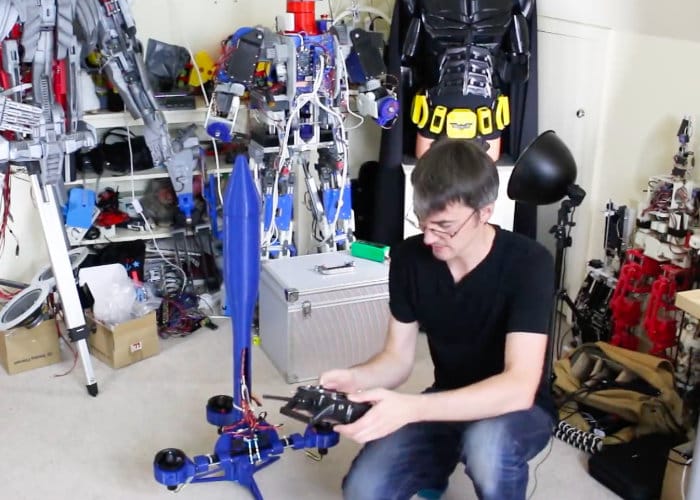 Maker and 3D printing expert James Bruton based in the United Kingdom has created a new Arduino project in the form of a unique type of craft thanks to its electric ducted fan (EDF) propulsion system. Watch the demonstration video below to learn more about the unique Arduino project.

The Arduino hardware autonomously controls the rocket stabilisation but rather than have a rocket drone, there’s also manual control and override built-in as well. James explains more about the project and its inspiration. “The brief we set each other was to design electric rockets that could land upright again and be reusable – just like Elon Musk’s company SpaceX. We’re both using Electric Ducted Fans (EDFs) and various control methods. In this part, I show the CAD design, the build and wiring as well as some of the coding that went into the gyroscopic flight control and flight stability systems.”

“No MacArthur grant yet. But while I’m still waiting by the phone for that call, maybe you might patronise me with your Patreon-age. Or, if you’re all out of digital cash just comment on one of my hilarious Instagram pics, pop me a Tweet or generally yell in my direction.”