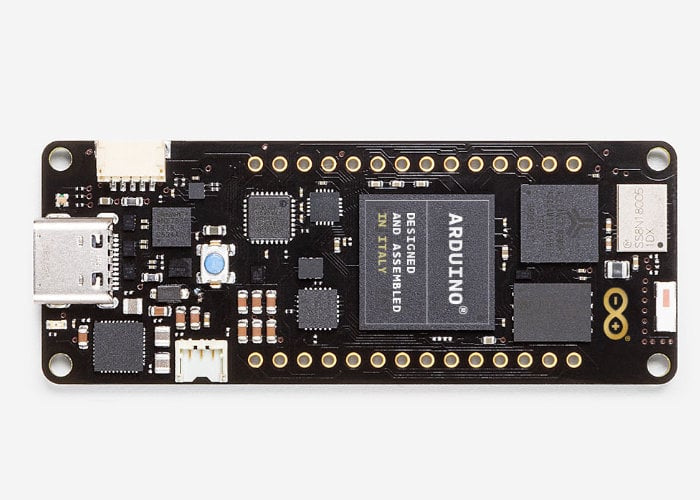 As well as announcing their new Arduino Internet of Things development platform, the Arduino team have also announced the launch of a new powerful low-power Arduino Portenta range of development boards. The new Arduino boards have been designed to help build demanding industrial applications, AI edge processing and robotics and feature a new standard for open high-density interconnect to support advanced peripherals. The new Arduino Portenta H7 module is available to beta customers now and is expected to be made available next month during February 2020.

The first member of the family is the Arduino Portenta H7 module, powered by a dual-core Arm Cortex-M7 and Cortex-M4 running at 480MHz and 240MHz respectively. The Portenta H7 module is capable of running Arduino code, Python and Javascript, and can operate within an industrial temperature-range -40° to 85°C. Laurent Hanus Ecosystem Marketing Manager, STMicroelectronics explains a little more about the new Arduino hardware

“The Arduino Portenta H7 combines the outstanding performance, flexibility, and features of the STM32H747 with the value and usability of the new Arduino IoT application development platform (Arduino IoT cloud, Pro IDE with cloud integration, IoT UI editor), to help SME simplify the creation and deployment of their custom connected products.” 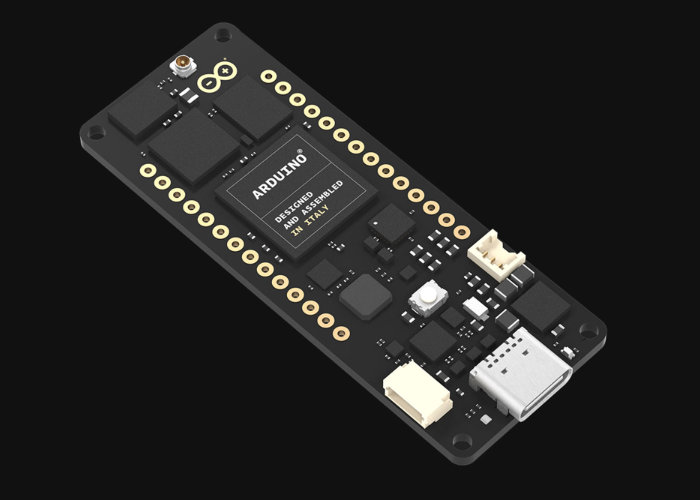 Use Arduino Portenta when performance is key :

Both processors share all the in-chip peripherals and can run:

“The onboard wireless module allows to simultaneously manage WiFi and Bluetooth connectivity. The WiFi interface can be operated as an Access Point, as a Station or as a dual mode simultaneous AP/STA and can handle up to 65 Mbps transfer rate. Bluetooth interface supports Bluetooth Classic and BLE.

“Deployment times are accelerated further still through the use of Altium Designer and the Altium 365 Cloud Platform for hardware design. SMBs and design professionals using Altium Designer can now leverage a range of Arduino reference design assets, from validated component symbols and footprints to schematic and layout templates and examples, making it faster and simpler than ever to create custom hardware designs that integrate Arduino modular hardware.