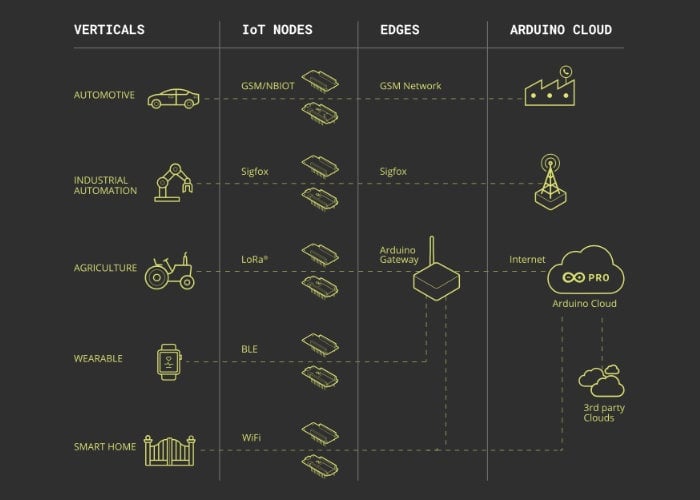 This week the official Arduino development team has announced a new Internet of Things (IoT) development platform specifically created to provide a solution for professionals in innovative and traditional sectors aspiring for digital transformation through IoT.

“By combining the power and flexibility of our production ready IoT hardware with our secure, scalable and easy to integrate cloud services we are putting in the hands of our customers something really disruptive. Among the millions of Arduino customers, we’ve even seen numerous businesses transform from traditional ‘one off’ selling to subscription-based service models, creating new IoT-based revenue streams with Arduino as the enabler. The availability of a huge community of developers with Arduino skills is also an important plus and gives them the confidence to invest in our technology”.

“Millions of users and thousands of companies worldwide already use Arduino as an innovation platform. Notable existing Arduino partnerships include Amazon, Arm, Bosch, Intel, Google, Microsoft and Samsung. Arduino has drawn on this experience in frictionless design to enable enterprises to quickly and securely connect remote sensors to business logic within one simple IoT application development platform.

Many Small Medium Businesses (SMBs) recognise the value of IoT but lack the specialised engineering resource or budget required for conventional IoT projects. These businesses are increasingly using Arduino as a means to simplify and accelerate their IoT deployments. “