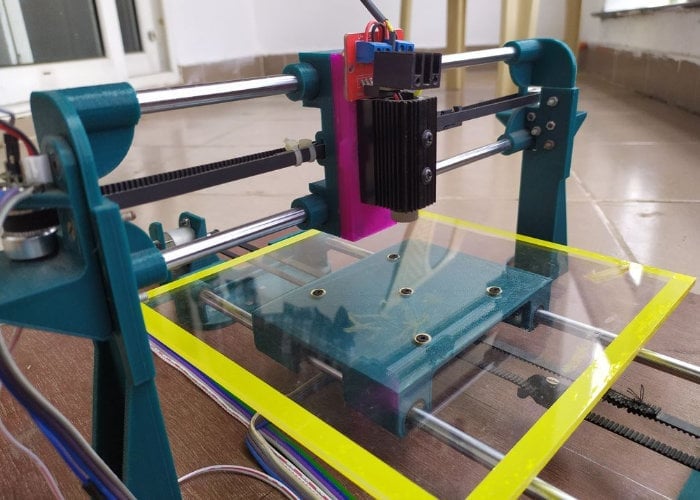 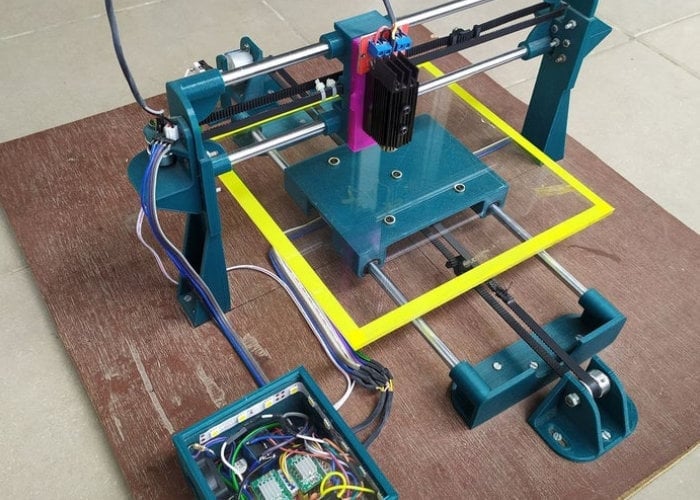 Panikulam has kindly made all the STL files available for the 3D printed parts allowing you to create your very own if desired. Panikulam explains more about the inspiration behind the Arduino pen plotter and the build process :

“A couple of months back while checking out a few laser engravers on aliexpress, I came across some USB powered laser engravers, It was awesome that these could engrave on a variety of materials and also cut out shapes and designs from sticker sheets and paper and doing all this powered by a 5V USB supply. But the downside of these engravers was that they had a small work area, in most cases just 40mm X 40mm which is definitely way too small for my needs.”

“So I thought why not design and 3D print my own laser engraver from scratch. I started the designing process in FUSION 360 while keeping in mind all the 3D printing tolerances. And finally came up with something really cool. Along the way, I decided to make the laser holder modular so that I can easily replace the laser with a pen or marker for pen plotting. I also added a Bluetooth connectivity feature so that wired connection between your PC and the engraver can be eliminated while transmitting G codes.”

For more information on how to build your very own Arduino powered pen plotter and laser engraver jump over to the Instructables website by following the link below.