If you have a few hours spare and fancy creating a new Arduino project in your spare time you might be interested in this fun Arduino infrared touchscreen music controller which has been created by Instructables user amandaghassaei.

The music controller consists of 64 LEDs positioned underneath the display to provides visual feedback s the user touches the screen and work independently from the sensor array allowing you to tweak the settings and use them for other operations not just touch feedback. Watch the video after the jump to learn more about the Arduino Infrared touchscreen music controller project and see it in action. 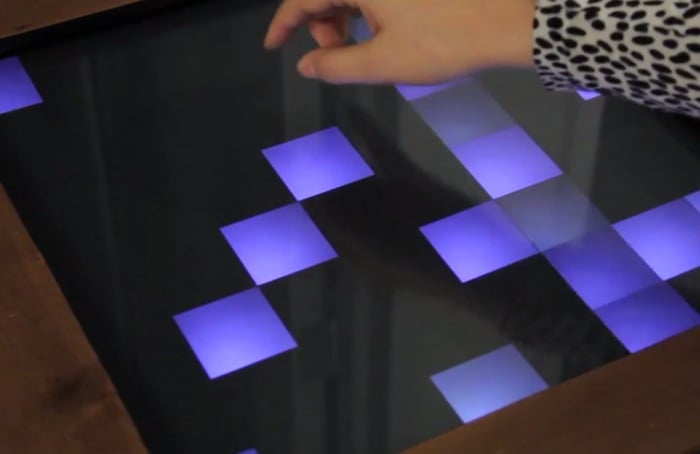 “The touchscreen uses infrared (IR) sensing to detect fingers and other objects on the screen. An IR laser at each corner shines IR light across the surface of the screen. When a finger or other object touches the surface, it causes the IR light to scatter in many directions. Some of this light is directed down into the screen, towards an array of 64 IR sensors. By scanning through the sensors, you can determine the x and y position of the touch event(s) and use this to control a variety of apps.”

For more information on the new music controller powered by Arduino jump over to the Instructables website for details, parts list and full build instructions. 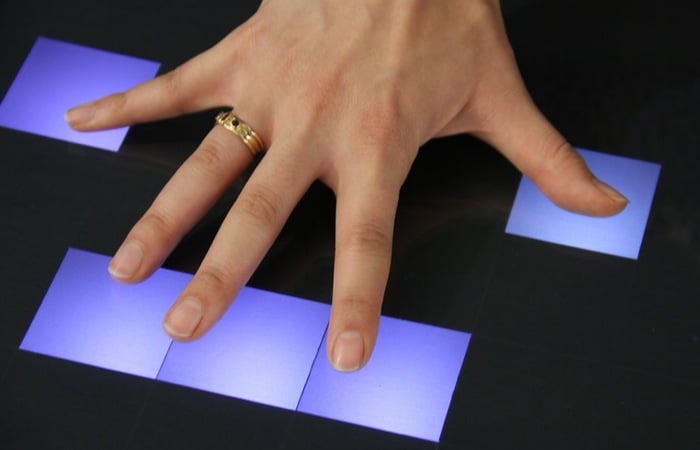