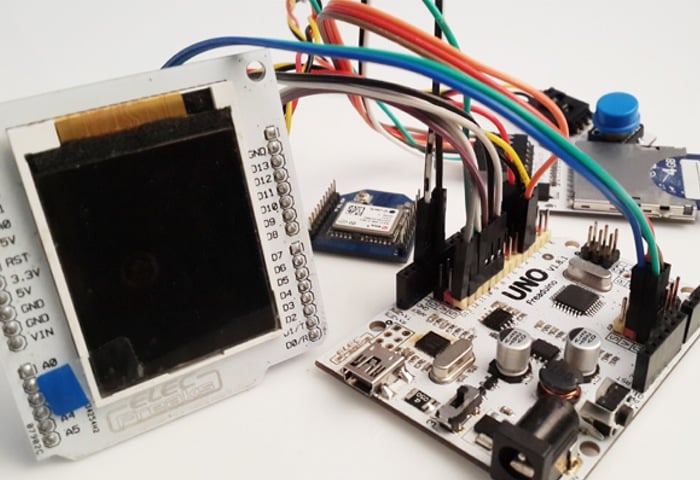 Makers, hobbyists and developers that enjoy building projects using the Arduino platform might be interested in this awesome Arduino GPS Map Navigation System which was being built by Kathy Yang.

The Arduino GPS system uses an Arduino UNO, GPS, SD card, TFT, GPS map navigation system and has been built to provide users with real-time position information via GPS which is then displayed on your desired map.

The system uses the GPS data which is sent to UNO for calculation and then displayed at the correct position on the provided map files stored on the SD card, which is then finally displayed on the TFT screen. Yang explains :

“The GPS system, owing the function to store the current position information, can be applied to running positioning and to record the running tracing.”

For more information on the new Arduino GPS Map Navigation System and full instructions on how to create your very own jump over to the ElecFreaks website for details.

To re-cap the Arduino platform has been design to be a tool for making computers that can sense and control more of the physical world than your desktop computer. Arduino is an open-source physical computing platform which is based on a simple microcontroller board, and development environment.