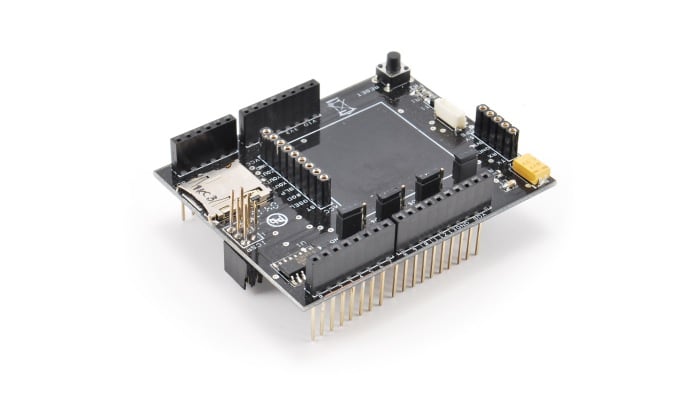 The extendable Arduino GPS data logger consists of a shield, that is fitted with the GPS receiver, SDcard reader and the accelerometer, together with an Arduino UNO board.

The device has been created to enable users to create super simple and effective Arduino GPS logger, that allows you to trace the route taken by vehicle, person or anything else that might move, by taking periodic caching of location points using the integrated GPS unit.

As Arduino GPS data logger saves the list periodic samples containing data on recorded positions to a microSD memory card, which can then be imported into a computer and processed on map services such as OpenStreetMap to show the path in detail. For more information on the new Arduino GPS data logger jump over to the Open Electronics website for details.