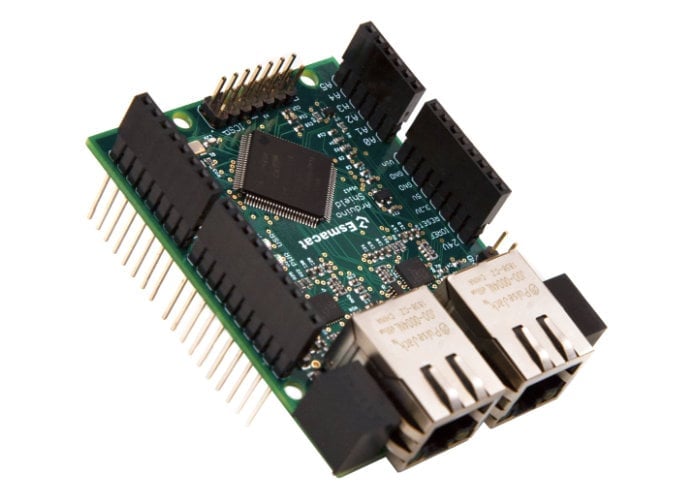 Harmonic Bionics has created a new development board specifically designed to easily connect Arduino boards, Arduino Shields and other Arduino based on supported boards with EASE. Watch the demonstration video below to learn more about the EtherCAT Arduino Shield by Esmacat (EASE). An UNO Shield that stacks onto Arduino boards (or Arduino-like boards such as Mbed) and provides an SPI interface to data packets that are sent or received using the EtherCAT protocol.

EASE is has been made available via a Crowd Supply funding project with prices starting from $80 for one Arduino Shield in the Arduino Uno form factor complete with EtherCAT. Free shipping throughout the United States is provided and worldwide shipping is available for $17 with delivery expected to take place during March 2020. The development team responsible for EASE explain a little more about the inspiration behind the new Arduino board.

“One major problem encountered by Arduino users – whether they are students building a school project or engineers prototyping industrial machines – is the lack of a common solution for expanding their projects to incorporate multiple Arduino boards and gain access to additional I/O pins. Arduino peripherals, including Arduino shields, sometimes take up multiple I/O pins and leave little room to create a project that requires multiple Arduino peripherals. This limits designers’ creativity. And even if they are able to employ multiple Arduino boards to expand their project, users have no standard way of syncing those boards to produce a single connected project. This is now a problem of the past!” 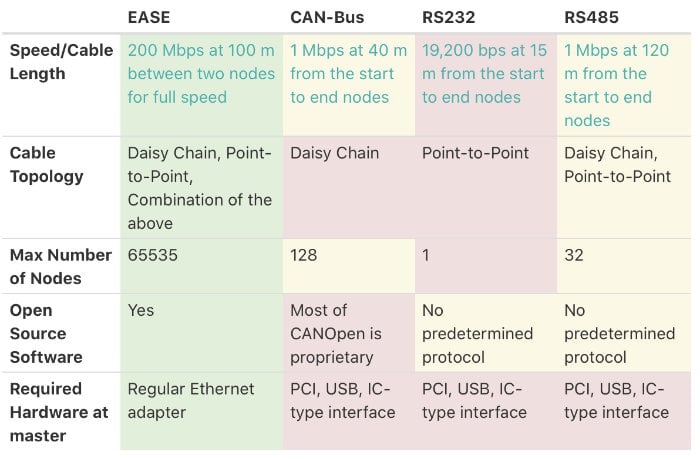 Features of EASE include :

– EASE connects Arduino boards, Arduino-like boards, and Arduino Shields for large-scale applications.
– EtherCAT supports high-speed, 200 Mbps communication (200x faster than CAN-bus).
– EASE has an Arduino Uno form factor, which allows it to take advantage of the Arduino ecosystem.
– Daisy chain connections between multiple EASE units simplifies your wiring topology.
– Power-over-EtherCAT (PoE) technology reduces the number of wires and power outlets required.
– EASE and the baseboard to which it is attached exchange data packets over SPI. This makes EASE compatible with many Arduino alternatives, including MBed.
– Free and open source EtherCAT master software is available, for both Windows and Linux, on the Esmacat website. An easy-to-use Arduino library for EASE – which includes numerous examples – is also available.