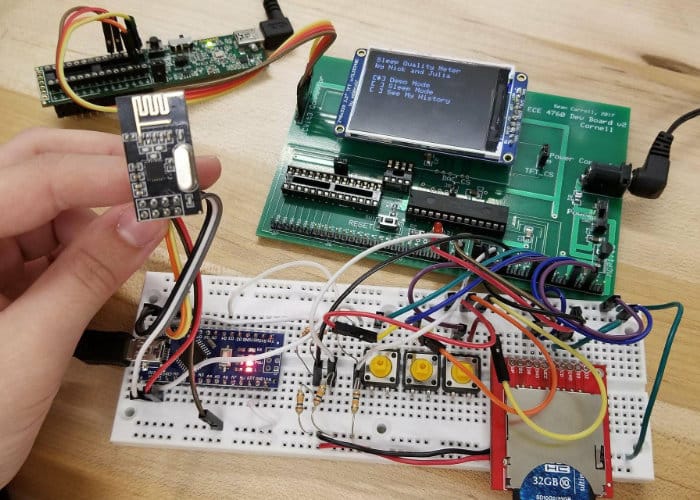 If you are looking for inspiration for your next Arduino project, would like to monitor your sleep patterns you may be interested in this DIY sleep monitor which has been created using a little Arduino hardware and programming by Cornell students Julia Currie and Nicholas Sarkis. The sleep monitor was developed using an Arduino Nano for their final ECE 4760 project and takes the form of a base station and glove which measures heart rate using an infrared sensor together with movement via an accelerometer.

The wearers breath is also recorded using a conductive band strapped around the users chest, the band changes resistance depending on how it is stretched. The base station then receives this data from the glove, analyses and saves it, to display so the user can look back at the quality of their sleep. Watch the demonstration video below to learn more about the sleep monitor project.

The idea for this project came from Julia’s biomedical interests and the students mutual desire to maximise what little sleep they get during their ECE major. To learn more about the project and to build your very own with the code provided by Julia and Nicholas, jump over to the official Cornell website by following the link below.