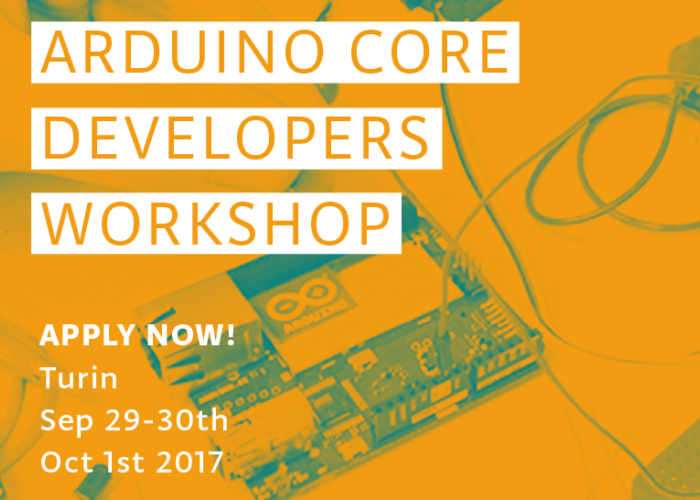 Registration is now open to those based in Italy and worldwide for the three day Arduino Core Developers Workshop which will take place in the official Arduino Turin office from September 29th until October 1st, 2017.

The Arduino Core Developers Workshop has been created for engineers, hackers and students aged between 18 and 28 that already have a deep interest in Internet of Things, open source development and of course micro-controllers.

The workshop will be tutored by Martino Facchin, senior developer at Arduino, and is open to a maximum of 25 selected participants. The cost (150 EUR) covers all of the necessary materials, lunches, and social activities (breakfast with Massimo Banzi and aperitivo with the Arduino team). The Arduino Core Developers Workshop will focus on three main topics: