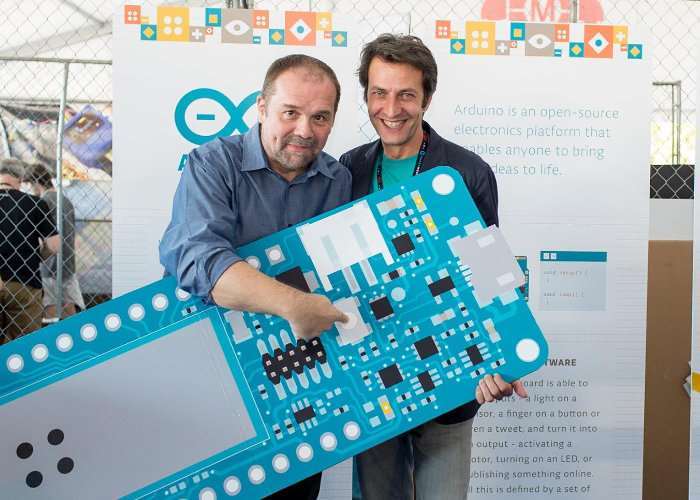 This week the official Arduino team has announced a partnership with ARM which will help build future technology for a wide range of different applications including Internet of Things and more.

Back in July of this year Arduino founders regained full control of Arduino as a company, after many months of hard work to find a strong partner that would also help keep the spirit of Arduino “true to itself”.

Arduino’s Massimo Banzi explains more about the new partnership and what it means for Arduino :

During a very hot day in spring I visited California to meet with Arm. It was a great meeting of minds and we determined that such a partnership was the right fit for us. Arm is an extremely innovative company whose processors can be found inside virtually every mobile device on the planet; but they don’t actually build silicon. Instead, they have created an ecosystem of a thousand-plus partners, some of whom compete with each other, but Arm works in harmony with all of them.

Arm recognized independence as a core value of Arduino. This was very important for us, as it meant full understanding of our need to work with multiple silicon vendors and architectures as long as they make sense for Arduino—without any lock-in with the Arm architecture.

Following the meeting with Arm, I was thrilled. I shared my excitement with our new CEO Fabio Violante and my cofounders: Arduino could again be 100% ours, with the help of a supportive partner that leaves complete autonomy to our team and our community. We worked very hard for many months to make this happen, and Arm graciously agreed to support us to complete the operation.

What should you expect from us in the future? A stronger Arduino, free to innovate with more firepower, and plenty of enthusiasm for future challenges and opportunities.

For more information on the new ARM partnership jump over to the official Arduino website by following the link below: