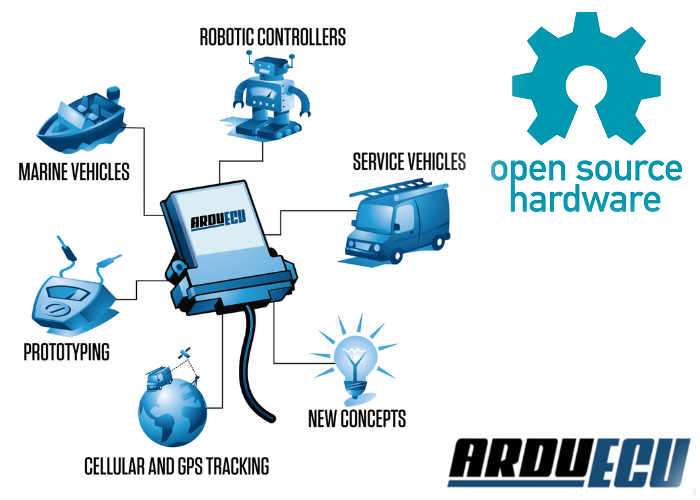 Developers and Arduino users looking for a rugged Arduino ECU may be interested in a new piece of hardware which has been created by Storme Technologies called the ArduECU.

The ArduECU has been designed to be IP69K waterproof, rugged, durable and open source perfect for Arduino based projects that need to be deployed in harsh environments.

Watch the demonstration video below to learn more about the features of the ArduECU which has taken to Kickstarter this week to raise the $30,000 the team requires to take the hardware into small scale production.

• Ruggedized IP69K rated housing for use in harsh, moist environments
• Compatible with Standard Arduino IDE and the open-source initiative
• Built-in CAN option for vehicle and machine control applications (i.e, controlling your car, creating open-source machine controllers, viewing diagnostic information, creating an IoT-based car, etc)
• Ability to connect to vehicle or machine’s controller area network to view or control vehicle data
• “Daisy chain” ArduECU’s together via CAN network to create expandable, remote I/O modules that expand your project only when you need it to
• Adaptable to future expansion modules (shields) such as Wi-Fi, Bluetooth, 900 MHz, 2.4 GHz radio, GPS, Cellular Modem, data logging, CAN J1939, current feedback sensing, analog output and accelerometers  or interface your own modules
• Accepts digital and analog inputs (5-24VDC)
•  Provides digital and PWM outputs (0.1V to 24VDC)
• Integrated MOSFETs and power protection on digital output pins to allow for high current capability up to 10 Amps* per pin
• Stream data to internet, smartphone or tablet via Bluetooth, Wi-Fi, cellular or RF expansion modules (Wi-fi for Kickstarter, others coming thereafter)
• Control ArduECU remotely via internet connected smartphone, tablet or PC
• Create IoT (Internet of Things) projects with ease and use a cloud dashboard for viewing or using your data (ex. Cayenne-mydevices, Ubidots, Thingspeak, etc.)
• Available Uno breakout variant to convert your existing Arduino Uno or Arduino Uno Wi-Fi into an ArduECU with on-board prototyping area for your own creations and circuits.
• Ability to add a small battery internally (ex, 9V or 3S LiPo), to create a fully autonomous control system with built-in power.
• Make a waterproof battery Pack with an MK1U kit that interfaces to your other ECU’s

More details on the rugged Arduino ECU jump over to the Kickstarter crowdfunding website via the link below where pledges are available from just $59 for earlybird backers with shipping expected to take place during October 2017.