Archos has unveiled a new tablet this week in the form of the Archos Arnova 8b G2 tablet, which now has no form of navigation buttons, like the physical home, back, menu, or search buttons you would normally expect.

Suggesting that Archos maybe be looking to upgrade their new tablet from the operating its ships with: Android 2.3 Gingerbread to, Google’s Android 4.0 Ice Cream Sandwich (ICS) very shortly. As the new Android 4.0 ICS doesn’t require those hardware buttons to function. 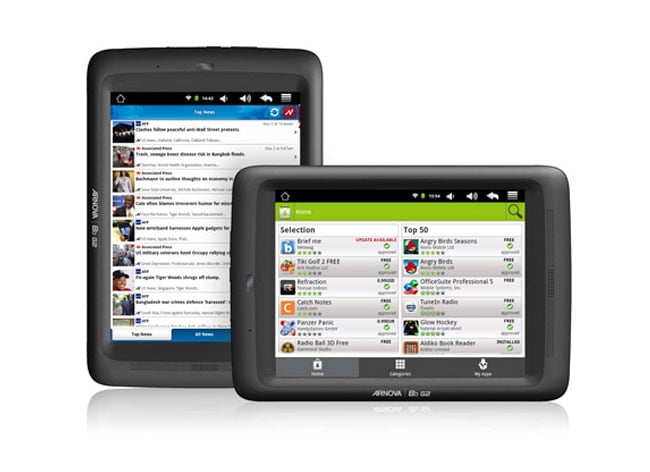 The latest member to going the Archos range, the Arnova 8b G2 tablet, is powered by a 1GHz ARM Cortex-A8 single core processor supported by 512mb RAM. It’s also fitted with a 8 inch, 800 x 600 pixel capacitive multitouch display and comes with a choice of either 4GB or 8GB of storage. Which can be upgraded if required via the use of its microSDHC card slot.

The Archos Arnova 8b G2 tablet also comes with 802.11b/g WiFi connectivity and is fitted with a front-facing camera, microphone, G-sensor, and speaker. According to the specs released by Archos the new tablet will also come with the option for 3G connectivity using a USB stick and USB host cable.