Various details about the new Achos 7 Android Tablet have been posted by the Archos fan site. These details include the specifications for a 7 inch colour touchscreen device with an 8 GB of internal storage, capable of storing up to 10 movies.

Even though the device has a larger 7 inch screen resolution still remains the same at 800×480. The main differences between this and its predecessor model the series 5, include a user facing web cam, 7 inch screen, DC charger and slide locking on off switch. The microphone has also been relocated away from the internal speaker for improved clarity. 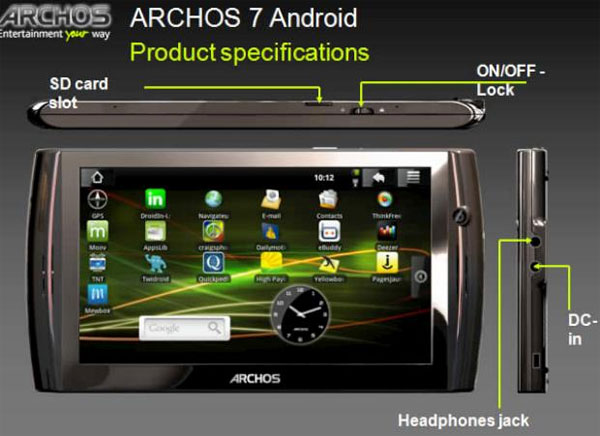 The fan site has suggested that the Archos 7 Android Tablet could be available as early as March 2010 with a list price of around hundred £150 about $240. 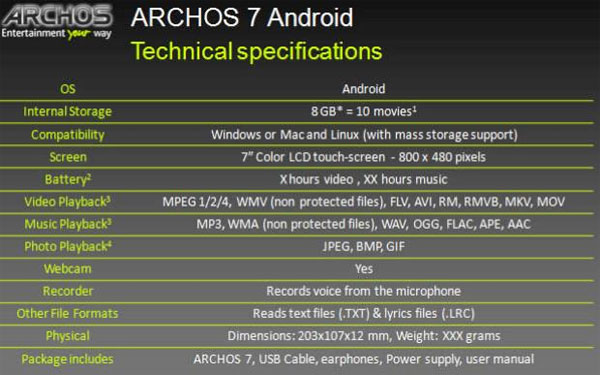