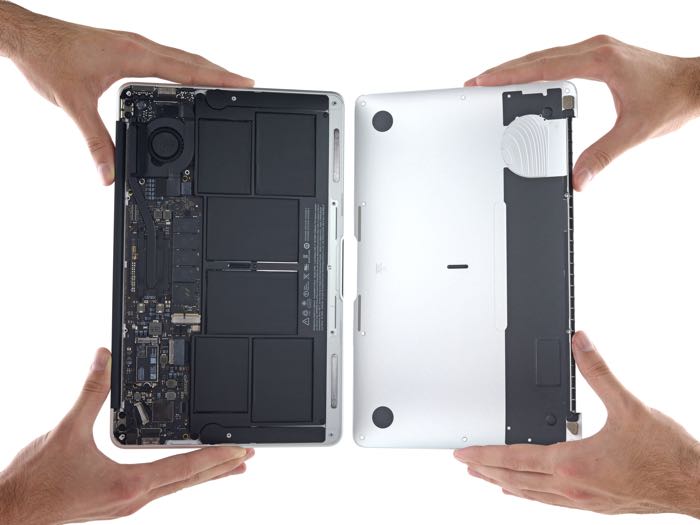 As well as the new MacBook, Apple also released updated version of the MacBook Air at their Spring Forward event earlier in the week.

The guys from iFixit have managed to get their hands on both the 11 inch and the 13th version of the new MacBook Airs and have taken them apart to see what was inside. 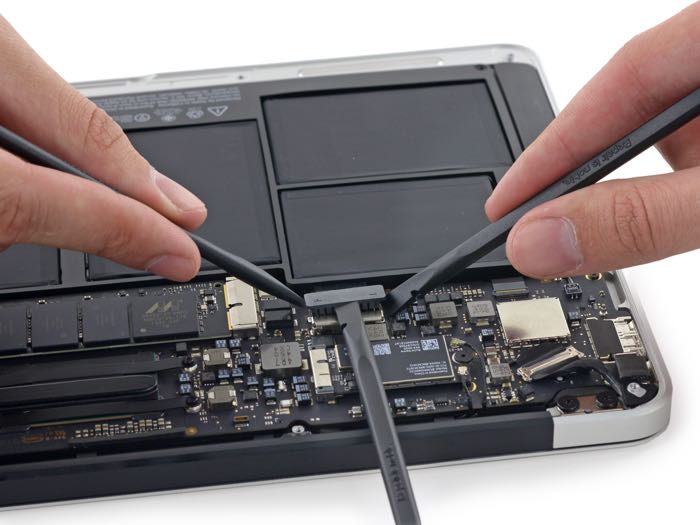 Apple hasn’t changed the design of the new Air’s, just the internal components so we are expecting them to have similar scores to the previous models on iFixit’s repair index. 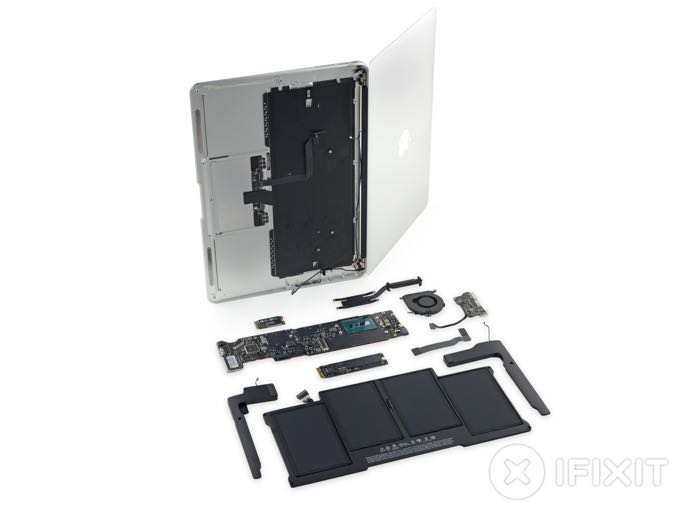 Both models of the new  Air score 4 out of 10 on the iFixit repair index, 1 is the most difficult to repair and 10 is the easiest to repair.

A number of things gave these new notebooks a lower score, which included Apple’s proprietary Pentalobe screws which require a special screwdriver. RAM and the SSD are difficult to replace on the notebook and many of the device’s components are not upgradeable, just like the previous models. 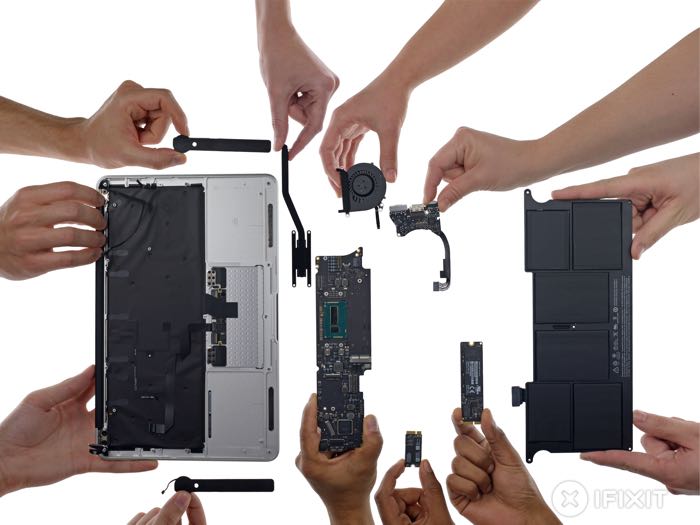 You can see more photo and also find out more information on what was found inside the latest versions of Apple’s MacBook Air at the links below.