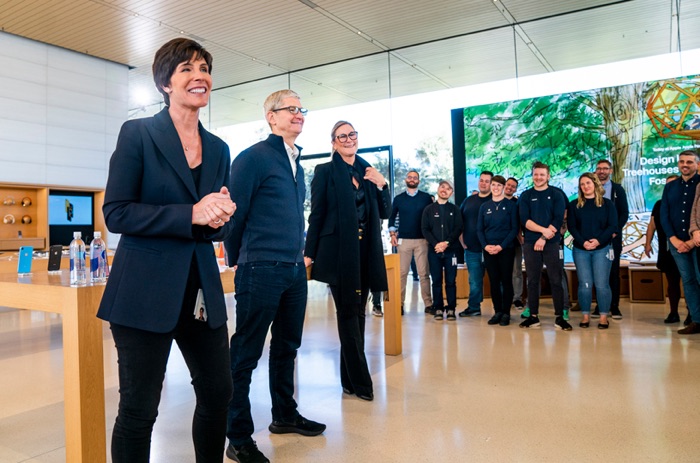 Apple has announced that its retail boss Angela Ahrendts is leaving the company in April, she joined the company five years ago after leaving her role as the CEO of Burberry.

Apple has said that Angela Ahrendts is leaving the company for ‘new personal and professional pursuits.

The company has revealed that Deirdre O’Brien will be taking on a new role as senior vice president of retails and people.

In her expanded role, Deirdre will bring her three decades of Apple experience to lead the company’s global retail reach, focused on the connection between the customer and the people and processes that serve them. She will continue to lead the People team, overseeing all People-related functions, including talent development and Apple University, recruiting, employee relations and experience, business partnership, benefits, compensation, and inclusion and diversity.

“At Apple, we believe our soul is our people, and Deirdre understands the qualities and strengths of our team better than anyone,” said Tim Cook, Apple’s CEO. “For more than three decades, she has helped keep Apple focused on serving customers and enriching lives. She’s an exceptional leader and she’s been a vital partner to our retail teams around the world since the very beginning. I am thrilled to work alongside Deirdre in her new role, and I know our 70,000 retail employees will be, too.”

As yet there are no details on which company Angela Ahrendts is headed to after her successful role as head of Apple’s retail business.