ComScore have been busy crunching data and have today released a report using their new metric for tracking web traffic by device and connection, which reveals some very interesting statistics. In the analysis below of thirteen countries covering five continents, the table shows how traffic is sourced from various devices.

The table below show that the iPad across all geographies, contributes more than 89 percent of tablet traffic across all markets and the share of non-computer traffic in the United States puts the iPad at a nearly 97 percent. 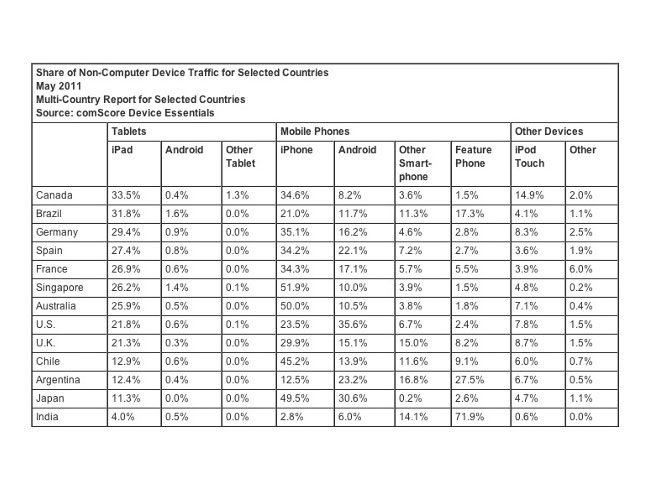 The table without a shadow of a doubt that the iPad is the dominant tablet at this current time? But does any of it competition have tablets with the power to be able to take this away from the iPad?

For more information about the system and the results jump over to the Comscore website.