Apple has launched their fifth generation iPad, the new iPad Air, and the tablet is now available in a number of countries around the world, which include the US and UK. 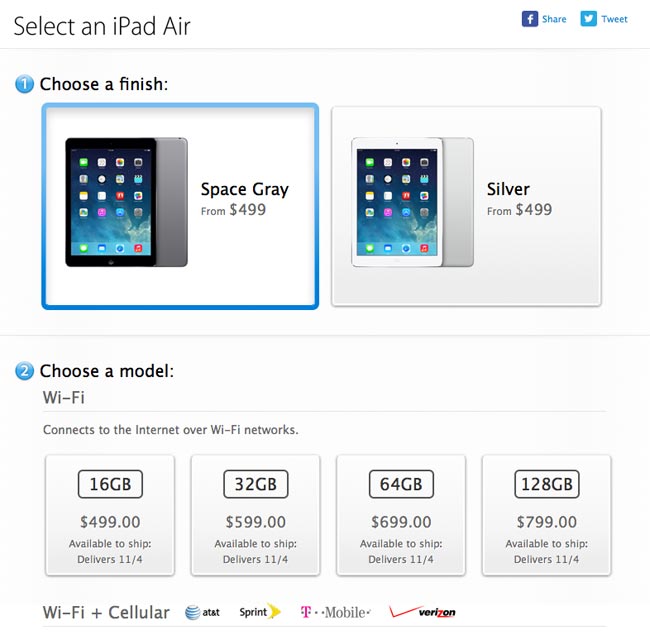 The iPad Air comes with a new slimmer design, the tablet is also lighter than the previous model and it weighs in at just 1 pound, it also comes with Apple’s latest processor. 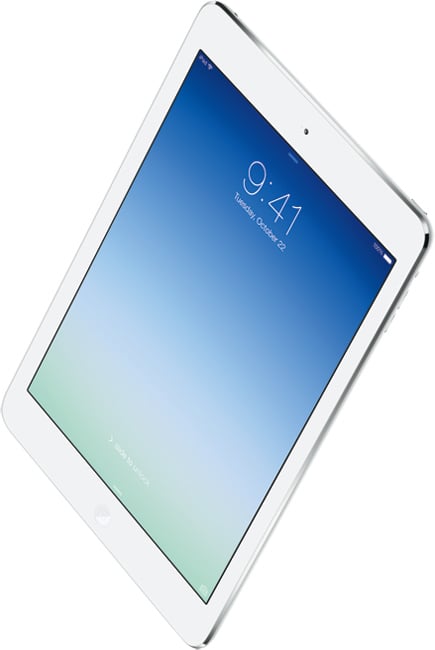 The tablet is powered by Apple’s new 64-bit Apple A7 processor, and it comes with their new M7 motion processor, plus the device comes with the latest version of Apple’s mobile OS, Apple iOS 7.

The iPad Air also features front and rear facing cameras, on the front of the device we have a 1.2 megapixel front facing FaceTime HD camera and a 5 megapixel rear facing Apple iSight camera.

Apple is showing the iPad Air as shipping on Monday the 4th of November if you order it online today, the tablet is also available in Apple retail stores from today.