Apple only announced iOS 5yesterday and released the developer version of iOS 5, and it seems that the guys over at the iPhone Dev team have already managed to jailbreak iOS 5.

According to @MuscleNerd iOS was jailbroken using limera1n and a tethered boot, you can see in the photo below that iOS 5 is running Cydia. 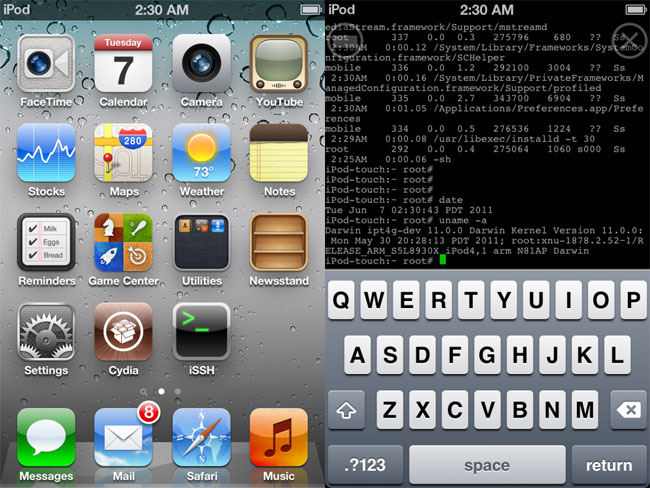 That really didn’t take them long to Jailbreak iOS 5, considering that the developer SDK of iOS was only just released yesterday.