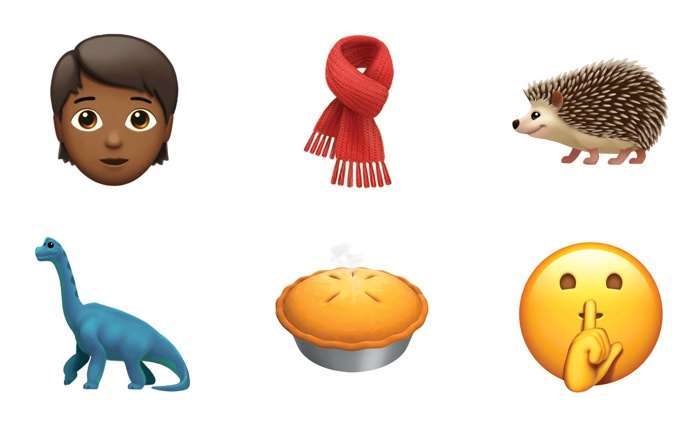 Apple recently released a new beta of iOS 11.1 and now they have revealed that the new software will bring some new Emoji to the iPhone and iPad. The new Emoji are adapted from approved characters in Unicode 10 and there will be hundreds of new ones available.

The new Emoji for iOS 11 will bring a range of new smiley faces, gender neutral characters, animals, food, mythical creatures and much more.

The new emoji are designed to reveal every detail and adapted from approved characters in Unicode 10. iOS 11.1 will also include characters announced on World Emoji Day like Woman with Headscarf, Bearded Person, Breastfeeding, Zombie, Person in Lotus Position and new food items such as Sandwich and Coconut. Also included in the update is the Love-You Gesture, designed after the “I love you” hand sign in American Sign Language.

You can find out more details about these new Apple Emoji that will be available in the next release of iOS over at Apple at the link below. The iOS 11.1 software is in beta at the moment, as yet there are no details on when it will be released to everyone.

Apple have said that they will release a new beta of the software to both developers and public beta testers next week, this will include the new Apple Emoji.