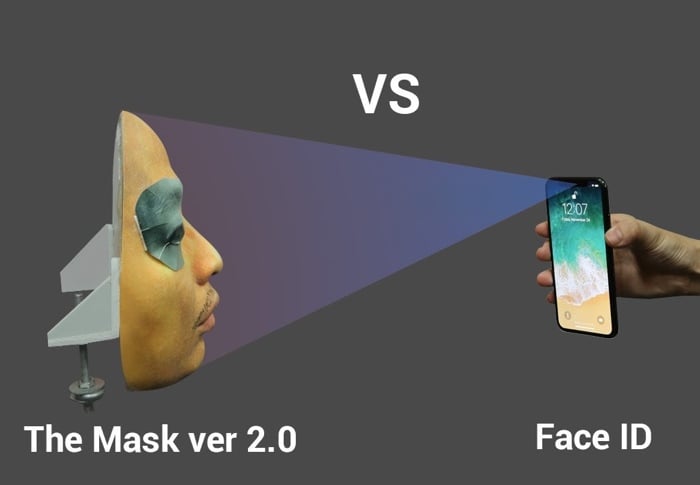 We have already seen Apple’s Face ID unlocked by a 10 year old and we also saw a video of the new iPhone being unlocked by a mask.

Now the company that unlocked the handset with the mask, a security firm called Bkav from Vietnam have created a new mask to unlocked the iPhone X. The new mask was made using a 3d printer.

In the video the company resets Face ID and then sets it up again after deleting the previous profile, the mask is based on the face of the user in the video.

As we can see from the video this new mask could easily unlock Face ID on Apple’s iPhone X and there were no failed attempts with this one. The mask featured 2D infrared eyes which appear to be able to fool apple’s face recognition technology.

You can find out more details on how the new mask was made over at the company’s website at the link below.