Apple has announced that the Apple WWDC 2014 will take place between the 2nd and 6th of June, it will be held in San Francisco’s Moscone West center.

Prevously Apple sold the tickets to their Worldwide Developer Conference on a first come first serve basis, things will be different this year, as tickets will be issued randomly to developers who register between now and the 7th of April. 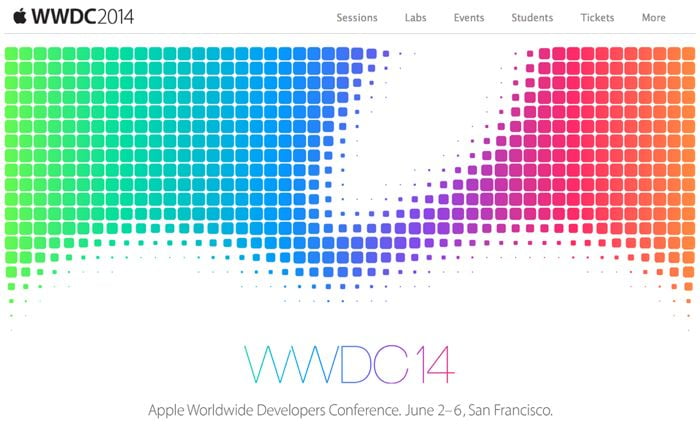 Developers can apply for tickets via the WWDC website (developer.apple.com/wwdc) now through Monday, April 7 at 10:00 a.m. PDT, and tickets will be issued to attendees through random selection. Developers will know their status by Monday, April 7 at 5:00 p.m. PDT. There will also be 200 Student Scholarships available, giving students around the world the chance to earn a free ticket (developer.apple.com/wwdc/students). This year the National Center for Women & Information Technology (NCWIT) and its alliance partners will help promote scholarships to female engineers and coders.

“We have the most amazing developer community in the world and have a great week planned for them,” said Philip Schiller, Apple’s senior vice president of Worldwide Marketing. “Every year the WWDC audience becomes more diverse, with developers from almost every discipline you can imagine and coming from every corner of the globe. We look forward to sharing with them our latest advances in iOS and OS X so they can create the next generation of great apps.”

Developers who are selected at random will then be given the choice of purchasing a ticket which will retail for $1,599. You can find out more details about applying for the Apple WWC 2014 conference over at Apple’s developer website at the link below.