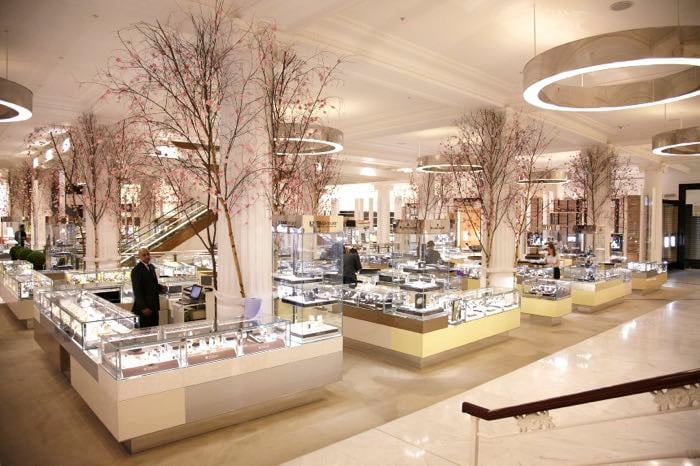 We previously heard that Apple would be launching its new Apple Watch at a number of luxury stores including one in Japan.

Now Apple has revealed a number of luxury department stores around the world where the Apple Watch will be sold, these include Selfridges in London.

Selfridges in London is joined by Galeries Lafayette in Paris and Isetan Shinjuku in Tokyo and all three stores will open on the 10th of April, this is the day that the device goes up for pre-order.

What is interesting is that in Selfridges, Apple’s new smartwatch will be sold in the company’s Wonder Room watch store that houses many luxury watch brands like Cartier, Tag Heur, Bvlgari, Gucci, Chopard  and many more.

We presume that Apple will be selling their high end solid gold Watch Edition in these luxury stores, we wonder how the device will impact on the sales of luxury watches in these stores.